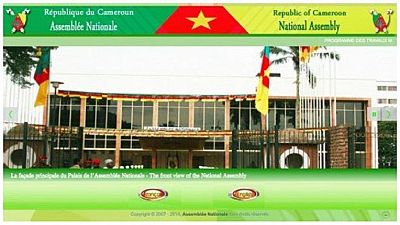 Lawyers marched in North west Cameroon on Thursday to protest the adoption of a revised controversial penal code heavily criticised by the opposition and the civil society.

Controversy surrounds section 127 which critics say gives immunity to members of government while in office.

“My attachment to human and Republican values will not let me remain silent in the face of several unconstitutional provisions which are in debate for adoption at this time in Yaounde. Because the immunity of ministers (Section 127) is contrary to good governance and the transparency of public finances. Imprisoning citizens because they owe two months of rents is a dispute which can be resolved by civil remedies instead of inserting drastic sanction in our penal code,” Joshua Osih, Member of parliament and vice-president of Cameroon’s opposition party, the Social Democratic Front, argued.

The minister of justice defended the section by arguing that government ministers have to enjoy this favour since they carry out instructions of the Head of state.

Legal experts have also been speaking out about the issues raised by the revised penal code bill.

“I would like to be categorical that it is a false alarm to assert that the bill currently before parliament confers immunity on members of government. Everyone with a reasonable command of the English language would not contend that the bill merely does provide that, where any law may confer immunity on “a member of government”, inter alia, any judicial, legal or investigating police officer who conducts themselves contrary to the law so conferring immunity shall be punished. Much as there are sections of the bill we can make issue with, or even take exception to, the claim that the bill confers immunity on members of government is wholly fallacious or misconstrued,” outspoken Supreme Court judge, Ayah Paul Abine wrote on his facebook page after comparing the controversial section 127 with that of 1967.

Opposition members of parliament have also decried the fact that the bill on the penal code gives the green light for judges to imprison tenants who owe up to 2 months of rents.

The government has also been under increasing pressure to remove the death penalty.

Other areas of discord between the government and critics of the bill on the penal code are related to bride price, homosexuality and adultery.

The amendment will open the way for the prosecution of adulterous husbands, who just like wives found guilty of adultery could spend six years in jail and pay fines ranging from 25.000FCFA to 100.000FCFA.

Unless the government decides otherwise, if adopted by the senate, the penal code will be signed into law by the president of the Republic.

The ruling Cameroon’s People’s Democratic Movement enjoys a comfortable majority in the senate where government bills usually sail through with relative ease.

The Cameroon Bar Association has called on the government to withdraw the bill and submit for national dialogue.