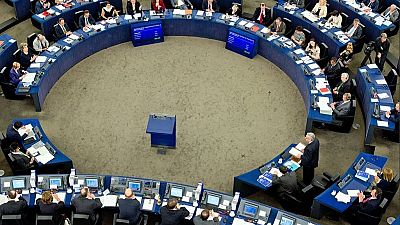 The European Parliament, in an emergency plenary sitting on Thursday, March 10, called on the Democratic Republic of Congo (DRC) government to meet deadlines required by the Constitution for the organization of free and transparent elections.

The European body also called for an end to arbitrary arrests and intimidation, and the opening of prosecution of perpetrators of violations of human rights.

A statement on the situation in DRC released at the end of the three-day sitting in Strasbourg, northern France, stated that the Congolese constitution adopted and promulgated in February 2006 clearly gives the president the right to run for only two consecutive terms.

The European Parliament, after the initiative of Maria Arena, MEP and member of the Group of the Progressive Alliance of Socialists and Democrats, voted for an emergency resolution on Thursday calling on President Kabila to respect the constitution of his country.

“If President Joseph Kabila, who was elected in 2006 and reelected in 2011, deeply respects the constitution, he can not be a candidate to be his own successor,” Maria Arena said.

She added that elections are nine months away and there are “no clear signs given of its organisation and worse is the indication that everything is being done so that the elections do not take place in time to allow Kabila hold on to power despite constitutional rules.”

The European Parliament also called on international bodies to take responsibility starting with the African Union to ensure a role of political mediator in the interest of stability in the region and then the United Nations to renew and extend the mandate of MONUSCO, to be competent in civil protection in the electoral context.

It further called on the European Union to “commit to use all instruments at its disposal, be they political, diplomatic or economic, to lobby for the respect of the Constitution and the protection of local populations.”

The statement expressed the position of the EU that it will “favor political dialogue but targeted sanctions shall be activated if necessary.”

Elections are expected to be held by the end of the year, 90 days before the expiry of the term of the sitting President as required by the Constitution, but “the silence of Joseph Kabila, the various attempts at constitutional and administrative reforms, and now the alleged dialogue, cause strong concern within the Congolese population,” the statement concluded.