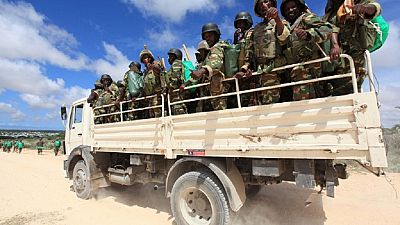 Uganda’s defence minister has warned Burundi against any attempt to attack the African Union (AU) forces to be deployed in the country to end months of violence that has rocked the East African nation.

Burundi has made it clear that it does not want AU forces in its territory. Bujumbura had also warned the AU against the establishment of the African Prevention and Protection Mission in Burundi (MAPROBU), which consists of 5,000 men.

“Everyone must respect the boundaries of Burundi. If the troops (AU) come (…), they will attack Burundi. Every Burundian must stand up to fight them. The country will be attacked and we will fight them,” claimed Burundian President Pierre Nkurunziza on December 30 last year during a press conference open to the public in Gitega, central Somalia.

Shooting at the African Union peacekeepers would be a big mistake.

“Shooting at the African Union peacekeepers would be a big mistake,” Ugandan Minister of Defence, Crispus Kiyonga told reporters on Friday, according to the state-owned New Vision newspaper.

“We are all members of AU and we are bound by its resolutions. If one is not satisfied with AU’s decision, they can challenge it through proper channels, like through the AU summit,” he continued.