Demonstrators carrying the Sudanese flag gathered in central Khartoum as well as in Wad Madani, a city to the south. Security officers who deployed in large numbers fired volleys of tear gas at the Khartoum protesters heading toward the presidential palace. In Wad Madani,"around 2,000 people took to the streets as they called for civilian rule," said Emad Mohammed, a witness there.

The rallies came as US newly appointed envoy to the Horn of Africa, David Satterfield, and Assistant Secretary of State for African Affairs Molly Phee are expected in Khartoum this week. Both hope to facilitate a renewed civilian-led transition to democracy in the country where a crackdown on protests has already claimed the lives of at least 64 people, according to an independent medics group.

Last week it was Volker Perthes, the United Nations envoy to Sudan who announced talks involving political, military and social actors to help resolve the crisis.

If the ruling Sovereign Council, which Sundan leader General Al-Burhan formed following the coup with himself as chairman has agreed to such talks, the proposal fails to win unanimous support among civilian factions.

Protesters -- sometimes numbering in the tens of thousands -- have regularly taken to the streets despite a deadly security clampdown and periodic cuts to communications. Last week security forces suffered the first fatality in their ranks. 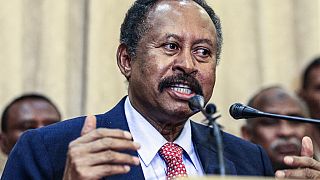