Investigators probing the deadly blast that ripped across the city are focused on possible negligence. Tons of highly explosive fertilizer were stored in a waterfront warehouse for the last six years.

The area close to the centre of the blast remains sealed off - rescuers haven't given up searching the rubble - around 100 people are still missing.

The destruction caused by the blast was so extensive that Beirut's governor says 300,000 people have been made homeless .

Many are trying to salvage what they can.

Volunteers have poured onto the streets of Beirut to help clear up the devastation while others have been visiting the worst affected areas in a state of shock.

A number of countries have offered humanitarian assistance. Three French planes with 55 rescuers and supplies have been sent.The EU also plans to send search and rescue equipment.

But food is also needed -Lebanon imports everything and with its port gone food security is a worry.

Immediately following the explosion there was chaos as Beirut's hospitals - already struggling with the pandemic they were overwhelmed . Three were knocked out and remain closed.

The Saint Georges hospital near the site of the explosion was badly damaged and several members of staff were killed. It was forced to transfer patients to other hospitals and clinics.

"There is damage all over the five floors. Since last night we have been evacuating the ill to a field downstairs and we are just giving them primary care." says Dr. Kamal Haddad of Saint George Hospital.

A two week state of emergency had been declared and funds made available but recovering from the blast will take much more. 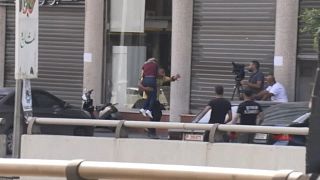 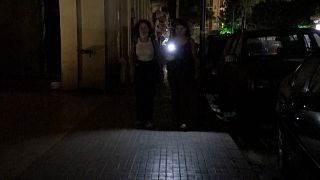 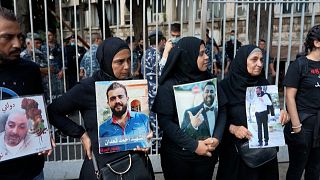