How coronavirus is boosting e-commerce across Africa 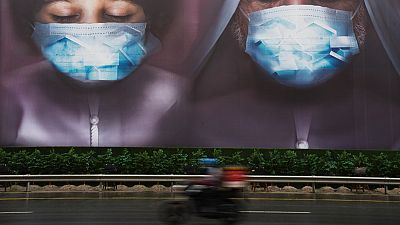 <p>Seydou Sall sprays antiseptic on bags of food freshly deposited by an e-commerce firm at his home in an upmarket quarter of Senegal’s capital Dakar.</p> <p>In a pattern repeated across the continent, the researcher has turned to online deliveries to get basics such as sugar, milk and coffee during the coronavirus pandemic.</p> <p>“Home delivery allows me to avoid contact and queues,” he said, explaining that his order is completed in three clicks and that delivery costs just 2,000 <span class="caps">CFA</span> francs ($3.3, 3 euros).</p> <p>Senegal’s government, in common with others around the world, has restricted travel between cities in a bid to curb coronavirus infections, and reduced opening hours for markets and shops.</p> <p>Despite initial fears the virus would devastate poor African countries, the continent has so far recorded low infection rates compared to virus-stricken Europe and the United States.</p> <p>African anti-virus efforts have nonetheless dealt a heavy economic blow, with retailers especially hard hit as governments have shut markets and restricted the flow of goods and people.</p> <p>The sudden change has driven some contagion-wary consumers to use e-commerce platforms.</p> <p>Sall, for example, uses a new Senegalese platform named Rapidos, which has partnerships with supermarkets, bakeries and pharmacies.</p> <p>Set up two years ago, the firm is now doing a roaring trade.</p> <p>“Home deliveries have gone up 90 percent,” said company official Mohamed Badiane, adding that orders for Ramadan essentials such as dates are strong.</p> <p>Precise data on African e-commerce trade is hard to come by. But officials who spoke to <span class="caps">AFP</span> suggested that the coronavirus crisis has been a boon for some online delivery platforms.</p> <p><del>‘Explosion of orders’</del></p> <p>Africa’s e-commerce giant, Jumia, appears to be one of the companies benefiting from a virus-driven bump in online sales.</p> <p>The company has struggled with high operating costs, raising questions over its long term viability.</p> <p>But in an earnings report on Wednesday Jumia said it had seen a “surge in demand” in early March due to coronavirus restrictions, while noting that supply had also been hit in some countries.</p> <p>Francis Dufay, the firm’s managing director in Ivory Coast, said that there had been an “explosion of orders,” with demand currently three times higher than normal.</p> <p>A similar dynamic is playing out in the continent’s most developed economy, South Africa.</p> <p>“There has been a huge surge in demand,” Lynton Peters, a co-founder of the e-commerce firm OneCart, told <span class="caps">AFP</span>.</p> <p>“Over the last couple of months we have seen a 500-percent increase in our business, and we have expanded quite rapidly in order to deal with demand,” he added.</p> <p>The uptick in online sales follows years of growth in the sector, which has appealed to a young and urban internet-savvy population, and a growing African middle class.</p> <p>But e-commerce in Africa still lags behind other parts of the world.</p> <p>Some 21 million people shopped online in 2017 in Africa, according to a United Nations report, accounting for only 2 percent of the world’s total.</p> <p>Half of those shoppers are also concentrated in just three countries: Nigeria, South Africa and Kenya.</p> <p>E-commerce has nonetheless grown by 18 percent annually since 2014, the report said, and it is increasingly luring investors.</p> <p>Many were previously put off by the myriad problems facing would-be e-retailers in Africa, ranging from a lack of street names, to limited internet access and suspicion of online payments.</p> <p>Amazon, the world’s largest e-retailer, is barely present on the continent.</p> <p>Local players such as Jumia, however, are adapting business practices to overcome hurdles, such as developing their own fleet of delivery drivers, for example.</p> <p>- Everyone a chef – </p> <p>Some e-commerce business owners hope that locking in previously-wary customers might be a silver lining to the coronavirus crisis.</p> <p>“The fact that people could not go out has increased awareness and curiosity around online shopping and delivery services,” said Jerobeam Pengevally Mwedihanga, who owns an e-grocer in Namibia.</p> <p>“People have become excited about using delivery services and those who did not know about it now know,” he added.</p> <p>Successes have not been even, however, and many delivery businesses have struggled to cope with strict anti-virus policies.</p> <p>Dufay, the Jumia official, said that evening food deliveries had collapsed in Ivory Coast because of a night-time curfew in the country.</p> <p>Maguelonne Biau, the Ivory Coast managing director of delivery outfit Glovo, also said the curfew had struck a “big blow” to business.</p> <p>And in another adverse effect, an increase in online deliveries may spell bad news for restaurants.</p> <p>“Everyone has become a chef,” said Salmi Shigwedha, who owns a local eatery in the capital Windhoek called The Garden Inn.</p> <p>“Instead of getting home from work too tired to cook, people now actually have time to prepare their own meals,” she added.</p>