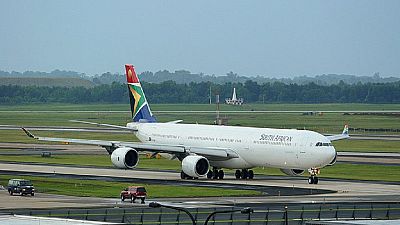 South African Airways (SAA) said on Friday that it would immediately suspend all intercontinental flights until the end of May in response to a government travel ban aimed at stopping the spread of the coronavirus.

State-owned SAA, which is under a form of bankruptcy protection, flies to the United States, Britain, Germany, Australia and Brazil on its intercontinental routes.

Earlier this week it said that it had already cancelled 162 intercontinental and regional flights until the end of this month.

President Cyril Ramaphosa on Sunday announced bans on travel to countries considered “high-risk” for the coronavirus, including the United States, Britain and Germany.

Separately, the specialists appointed in December to try to save SAA on Friday asked creditors for a two-month extension for their business rescue plan for the cash-strapped airline until May 29.

SAA hasn’t made a profit since 2011 and has received more than 20 billion rand ($1.2 billion) in bailouts over the last three years.