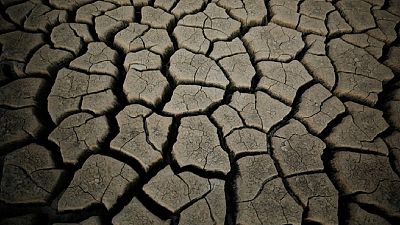 South Africa’s Minister of Human Settlements, Water and Sanitation, Lindiwe Sisulu on Monday said the country would be imposing emergency measures, including rationing, to save dwindling water supplies.

The measures follow an abnormally hot, dry summer coupled with below average rainfall and a spike in usage pushes the country towards a crippling shortage.

Dam levels across the country have dropped by 10% to 60% compared to 2018, according to a recent report by the Department of Water and Sanitation, and rising water usage and low rainfall could lead to taps running completely dry, Sisulu said.

“We are working hard to avoid the much-dreaded Day Zero phenomenon and instead we are announcing restrictions on water usage,” Sisulu told journalists, adding that rainfall was expected to return in December.

“Day Zero” is a situation where taps run completely dry despite rationing and restrictions.

“Indications are that are our rainfall patterns are getting harder to predict. What we’re seeing, like other parts of the globe, is the dry season is getting longer, harsher and more intense. Climate change is a reality and is affecting South Africa.”

South Africa ranks as one of the top 30 most water scarce countries in the world, a situation worsened by the el- Nino induced drought that hit southern Africa in 2015, as well as decades of water-intensive industry and a collapsing network of infrastructure.

The largely rural eastern province is facing the worst drought for a century while areas in the Northern Cape have yet to receive rain for up to six years, according to National Disaster Management Center and some water watchers.

The country is also warming up at almost double the 2C global average as it struggles to bring down carbon emissions, the highest on the continent.

South Africa’s water consumption per person per day per litre, at around 320 litres, is double the global average rate of consumption, a water official said. The water department said it aimed to curb per capita water usage around 100 litres.

In 2018 tourist favourite Cape Town only narrowly avoided “Day Zero” after declaring a state of emergency and restricting consumption to 50 litres per person per day.