“Most instances of gender-based violence that happen in the workplace come from the private sector and it remains silent because they don’t do anything about it. They don’t have the necessary policies within their environment in order to deal with those things. So we want them to do better and not be silent. Like, wearing black and having a moment of silence is not enough for you to do. You need to do more, you’ve got the money, we know you have the money. So do what you need to do in order to help us fight gender-based violence in this country”, said protest organizer Nonhle Skosana

The protest comes in response to a number of highly publicized incidents of rape and murder in the country.

We want them to do better and not be silent.

“Obviously every woman in some shape or form has been touched by violence. I myself was raped when I was 18. And it wasn’t by someone anyone would have warned me against. It was by the head boy of a school. And he got 10 As in matric (final year of high school). And he’s gone on to live a perfectly happy, successful life no matter what I had to say about it”, a protester, Robyn Porteous said. 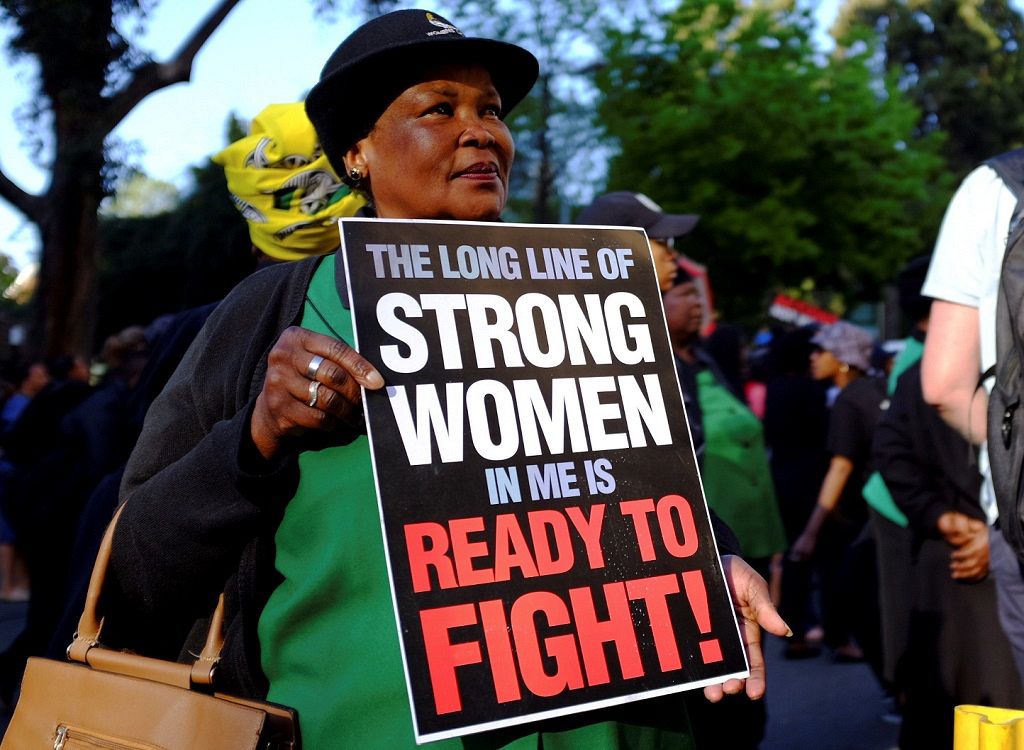 South Africa’s murder and sexual offence crimes rose to 3.4 % and 4.6% respectively, according to a police committee.

The World Health Organization said that in South Africa, about 3,000 women were killed in 2018 or one every three hours. This is more than five times higher than the global average.