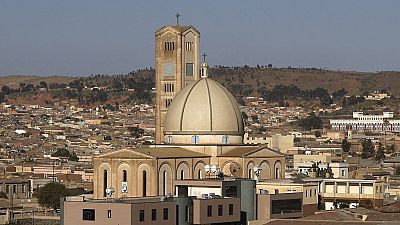 Eritrea has finally responded to the closure of heath facilities run by the Catholic Church across the country weeks back.

The response was carried in a press release issued by the Eritrean Permanent Mission to the United Nations in Geneva.

The June 27 statement posted on the Ministry of Information website specifically responded to the issues raised by the United Nation’s Special Rapporteur on the human rights situation in the country.

The main points raised therein included the legality of the move which the government described as “a mere transfer of operational modality.”

It stressed that the Catholic Church was by aspects of its operations flouting existing laws and the government had only moved in to enforce those laws contrary to what was out in the public.

The government also categorically dismissed the impression created that patients were negatively impacted by the takeover.

“The notion that this will negatively affect “or endanger” delivery of health services is far-fetched and simply not true. In the first place, the issue at hand is the mere transfer of operational modality,” the statement read.

“The commitment of the Eritrean Government to the provision and expansion of affordable and accessible healthcare to the population can be easily inferred from the substantial investments made in the past two decades to build and operate health facilities, including publicly-funded training of healthcare providers, and provision of medicaments at affordable prices.

“This investment has resulted in more than 82% of the Eritrean population having access to medical facilities within 10 kilometers radius,” it added.

The Church in Eritrean issued a stern critique protesting the forced closure of its over 20 health facilities across the country.

The Church’s position was contained in a letter in which among others it accused the government of being lawless in the manner in which the over twenty facilities were closed.

The letter also stressed the importance of the social services the church provided and dismissed talk that its activities could be equated to opposition to the government.