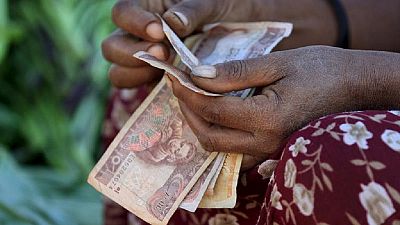 Head of Ethiopia’s state-run investment body says it is time the government settles on a minimum wage among others to protect the interests of workers.

Ethiopian Investment Commission, EIC, Abebe Abebayehu added that his outfit was currently working with the relevant ministry and other agencies in efforts to achieve that goal.

His comments come in the wake of a recent report that said garment workers in Ethiopia’s industrial parks are the least paid in the world. Whiles speaking to the general issue of jobs and remuneration, Abebayehu said government had identified loopholes it needed to fix.

I think how low can this wage be is the question that should be asked. How can we ensure that while providing competitive labour force we are also ensuring the wellbeing of workers... and also ensuring a decent standard of living for our workers?

He was speaking to a private channel, Business Safari TV during the European Union – Ethiopia Business Forum that took place between 14 – 15 May, 2019 in Brussels, Belgium.

“Currently the industrial parks alone have created around 80, 000 jobs. Now, how do we make sure that these jobs are decent and provide a decent way of living for the workers?

“We do not believe we have addressed certain types of issues that need to be tackled towards improving the living conditions of the workers.”

Directly addressing the report he said: “The salary that the report indicated does not take into account a number of other benefits that the investors provide. But still as the basic salary we need to work as a government towards setting a minimum salary that can provide the workers a decent way of living.

“But I think how low can this wage be is the question that should be asked. How can we ensure that while providing competitive labour force we are also ensuring the wellbeing of workers… and also ensuring a decent standard of living for our workers?”

In mid-May this year, the privately-owned Capital Ethiopia news portal reported that the government had started talks to harmonize a national minimum wage. The draft proclamation was to set a Commission that will work on the wage, the report said citing Kassahun Follo, president of Confederation of Ethiopian Trade union, CETU.

A minimum wage is the lowest wage that an employer is allowed to pay; determined by contract or by law. Most African countries have it in place save for the likes of Ethiopia despite being Africa’s second most populous nation. The three biggest economies in Africa – Nigeria, South Africa and Egypt – have in the last few months increased the threshold.

Other issues he touched on were:

Factories in Ethiopia making clothes for top global brands are paying their workers far less than counterparts in other low-paying countries, according to a report by New York University’s Stern Center for Business and Human Rights released in May 2019.

The new report is based on a visit to the flagship Hawassa Industrial Park that currently employs 25,000 people.

Workers in Industrial parks earn less than 30 USD per month. CETU is therefore advocating with government and employers for any new labor law to include an adequate minimum wage.

In comparison, Chinese garment workers earn USD340 a month, those in Kenya earn USD207 and those in Bangladesh earn USD95.