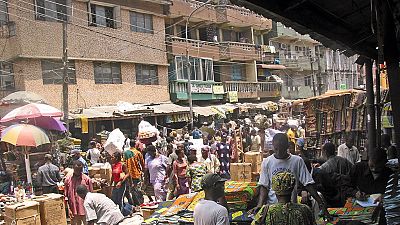 <p>The Ethiopian government last Saturday stated that federal forces were being deployed to secure parts of the country rocked by deadly violence.</p> <p>A statement from the office of the Prime Minister said the move followed a decision by the National Security council. The deployments were specifically to western Ethiopia along the border between Oromia and the Benishangul Gumuz regional states.</p> <p>“The decision was made based on requests from the two regions to ensure the safety of citizens and enforce the law. </p> <p>“Tens of thousands have been displaced & more than 100 people, including 11 Oromia police officers, have been killed in the conflict that started more than 2 months ago,” the Oromia region’s <span class="caps">OBN</span> network reported.</p> <p>On the same day, <span class="caps">OBN</span> reported that the federal forces had arrested 60 suspects believed to be linked with the incidents.</p> <p>As at today, the privately-owned Addis Standard news portal said the arrests had reached 200 plus citing Addisu Arega Kitessa, an official of the Oromia region.</p> <p>Meanwhile, a series of coordinated protests were held across Oromia – the largest and most populous region decrying the fluid state of security.</p> <p>The protests come barely a week after the ruling party in Oromia, the Oromo Democratic Party, <span class="caps">ODP</span>, led by Prime Minister Abiy Ahmed said it was ready to restore durable peace to the rattled region.</p> <p>Protesters are calling for an end to the killings of civilians and respect for the rule of law. The largely peaceful protests also included members of the regional police force.</p> <p>Cities and towns where demonstrations took place included Ambo – the heartland of the popular mass protests of few years ago, Metu, Gimbi, Ambo, Holeta, Bako, Jimma and Woliso, local media portals reported.</p> <blockquote class="twitter-tweet" data-lang="en"><p lang="en" dir="ltr">Update: As per <a href="https://twitter.com/OBNOromiyaa?ref_src=twsrc%5Etfw"><code>OBNOromiyaa</a>, demonstrators in <a href="https://twitter.com/hashtag/Gimbi?src=hash&ref_src=twsrc%5Etfw">#Gimbi</a> & its environs in W. <a href="https://twitter.com/hashtag/Wellega?src=hash&ref_src=twsrc%5Etfw">#Wellega</a>, have demanded an end to the killings of civilians & respect for the rule of law. They have also demanded answers for the recent killings of civilians & members of the police in <a href="https://twitter.com/hashtag/BenishangulGumz?src=hash&ref_src=twsrc%5Etfw">#BenishangulGumz</a> <a href="https://t.co/xTdR50S57S">pic.twitter.com/xTdR50S57S</a></p>— Addis Standard (</code>addisstandard) <a href="https://twitter.com/addisstandard/status/1069530898134118400?ref_src=twsrc%5Etfw">December 3, 2018</a></blockquote> <script async src="https://platform.twitter.com/widgets.js" charset="utf-8"></script>