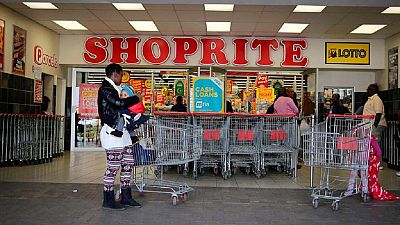 Supermarkets have come under increased pressure to cut their use of plastic as images of littered oceans and beaches become commonplace, shocking both consumers and shareholders.

South Africa does not have a law banning plastic bags. However, to reduce littering and discourage customers from buying them, South Africa increased the plastic bag levy in April by 50 percent to 12 cents per bag.

Changing consumer behaviour by rewarding customers for re-using bags is a critical part of the retailer’s efforts to reduce plastic waste.

Shoprite said every time a customer reuses its new 100 percent recycled and recyclable plastic bag, which retails for 3 rand ($0.2088), at Shoprite and Checkers stores, they will get 50 cents off their grocery purchase.

“Changing consumer behaviour by rewarding customers for re-using bags is a critical part of the retailer’s efforts to reduce plastic waste,” it said in a statement.

Shoprite’s move comes weeks after department store chain Woolworths Holdings said it will remove single-use plastic bags from one of its stores during a six-month trial period.

Last Tuesday, supermarket chain Pick n Pay said it had removed all plastic straws from checkouts and will soon completely phase them out from cold-drink kiosks and replace them with paper straws, joining a growing number of companies that have said they will do away with disposable plastic straws.

The U.N. Environment Programme estimates that some 8 million tonnes of plastic are dumped into the ocean every year – the equivalent of dumping a garbage truck full of plastic every minute – killing birds and marine life and compromising the ocean ecosystem.

It wants to eliminate single-use plastic by 2022 and says more than 60 countries, including China, France, Rwanda and Italy, have taken steps to ban or reduce plastic consumption.