Camrail, 11 others guilty of 2016 train crash in Cameroon 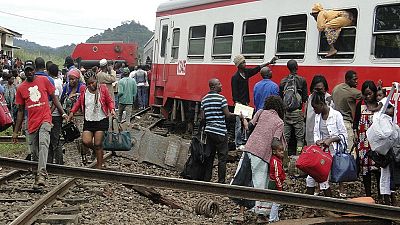 Cameroonian rail operator Camrail and eleven other defendants have been found guilty of involuntary manslaughter in connection with a train derailment that killed 79 people and injured over 600 in October 2016.

The packed train operated by Camrail, a unit of French industrial group Bollore, came off the tracks in the town of Eseka en route from the capital Yaounde to the port city of Douala .

Eseka district judge Marcel Ndigui Ndigui ruled that Camrail and 11 of the 14 individual defendants were guilty of “dangerous activities and involuntary manslaughter”.

It's a historic day after a time of tears. Now is the time to hope.

Camrail’s former chief executive Didier Vandenbon was among those convicted. He was sentenced to six months in prison, while others received prison terms of between three and five months. Three defendants were found not guilty.

A lawyer for one of the victims, Me Massi Ngakele, welcomed the ruling saying “It’s a historic day after a time of tears. Now is the time to hope.”

The trial comes after a government inquiry in 2017 found that Camrail was mainly to blame for the derailment as the train was going at more than twice the speed limit, was overloaded and its brakes were defective.