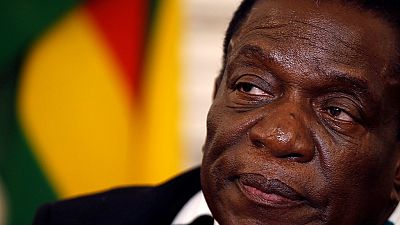 US President Donald Trump has approved a new law that imposes tough new conditions that must be met by Zimbabwe before sanctions are lifted.

The US law says the Zimbabwean army must ‘‘respect the fundamental rights and freedoms of all persons and to be nonpartisan in character’‘.

The Zimbabwe Democracy and Economic Recovery Amendment Act which was signed into law on Friday, states that for sanctions to end, Zimbabwe’s July 30 poll must be ‘‘widely accepted as free and fair’‘.

President Emmerson Mnangagwa has said the Southern African nation is open for business, but this US law could weaken his plan.

Zimbabweans went to the polls to elect a new leader in first post-Mugabe poll, which the opposition Movement for Democratic Change -Alliance has filed a legal challenge against.

6 people were killed in a military attack on opposition protesters days after supporters besieged the streets of Harare over the disputed poll.