Zimbabwe 2018 polls: A look at the Electoral System 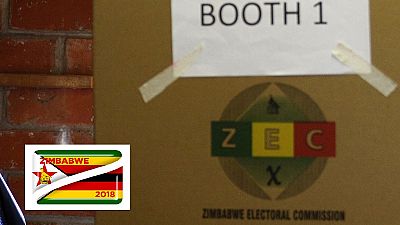 About 5.5 million Zimnabweans are voting for a new president, members of upper and lower chambers of parliament and councillors on July 30, 2018.

Among the requirements to be a candidate a person must be of voting age and an eligible voter resident in the country. An aspirant could run on the ticket of a party or as an independent candidate.

The duo are going head-to-head in the elections together with a record 21 other candidates including former vice-president Joice Mujuru, opposition breakaway leader Thokozani Khupe and a former Mugabe era minister.

These candidates are leading parliamentary aspirants who are contesting under different political parties. Zanu-PF and MDC Alliance often field candidates across the country whiles other parties concentrate on strongholds only.

Candidates vying for all categories of positions had to submit their candidacy to one of several specially convened electoral courts across the country. The courts vet and pass those that are eligible under the electoral laws.

The winner is required to gain a certain percentage of votes (usually over 50%) to avoid a second round / run-off. If no candidate wins more than 50% of the votes, the second round in Zimbabwe is slated for September 8.

Per the constitution, only the two top candidates in the first round will stand for the run-off. In that vote, the candidate with the most votes will be declared president.

To register successfully, presidential candidates had to pay a $1,000 (850 euro) fee and be nominated by at least 100 registered voters from across the country’s 10 provinces.

The parliamentary votes goes with the first past the post rule, where the candidate who gets the majority of votes automatically wins the seat.

The House of Assembly has 270 seats – 210 are directly elected, 60 women elected via proportional representation from provinces.

The Senate has 80 seats – 60 elected from provinces, 20 split 18:2 between traditional chiefs and people with disability.

Unlike in Kenya and Rwanda, Zimbabwe does not allow citizens in the diaspora to cast votes. In the case of Kenya, diaspora votes were restricted to five African countries due to logistical constraints.

The countries were Burundi, Tanzania, Rwanda, Uganda and South Africa. Rwanda’s process is more open as people in some European countries also cast their ballots in the 2017 election.

Diaspora voters usually cast ballots at their respective embassies and high commissions. The entire election is overseen by the Zimbabwe Electoral Commission (ZEC).