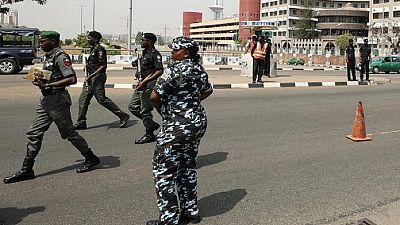 At least 180 prisoners were at large after escaping from a jail in the Nigerian city of Minna during a raid on the facility, a minister and prison authority official said on Monday.

Gunmen attacked a medium security prison in the city in the central Nigerian state of Niger on Sunday around 8:00 p.m. (1900 GMT).

Interior minister General Abdulrahman Dabazzau said 30 inmates had been captured but 180 fled. A prison services official said the number of prisoners at large could be higher.

“Of the 219 that escaped, 30 have been re-arrested,” said Rabiu Shuaib, a spokesman for the Nigerian Prisons Service, which would mean 189 prisoners were still at large.

Prison breaks periodically occur in the west African country, which is beset by security challenges including kidnappings, banditry, an Islamist militant insurgency and communal violence between farmers and herders over grazing rights.

Prison authorities said an investigation was underway to determine the circumstances surrounding the raid and escape.

President Muhammadu Buhari won elections in 2015 partly on promises to bring security to Nigeria. He plans to seek a second term in an election scheduled to take place next February.