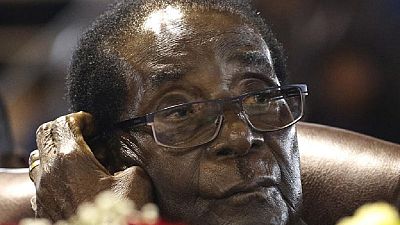 For the first time in over thirty years, Robert Gabriel Mugabe, Zimbabwe’s former leader was absent at the country’s independence parade held in the capital, Harare.

Independence anniversaries over the years have been synonymous to Mugabe’s arrival at the venue along with his wife and subsequently addressing the populace to much cheers.

The 94-year-old leader is, however, absent for proceedings today, it is not known if government extended an invitation to him. There is no official communication on the reasons but most political watchers said it was to be expected.

Wishing all Zimbabweans at home and abroad a very Happy Independence Day! pic.twitter.com/a8aLjAzSqG

Mugabe has in the recent past criticised the manner in which he was forced to resign calling for the November 2017 coup to be reversed. He is also rumoured to be backing a breakaway faction of the ruling Zanu-PF party.

The National Stadium is the venue of today’s celebration and it is the first for President Emmerson Mnangagwa who took over from Mugabe in November following a de-facto takeover by the army.

This year’s celebrations is under the theme: “Zimbabwe @38: Socio-Economic Restoration and International Re-engagement.” It feeds into the mantra that Mnangagwa has championed ever since he took office.

Scenes at the 38th Independence celebrations at the National Sports Stadium running under the theme: Zimbabwe 38: Socio-Economic Restoration and International Re-engagement pic.twitter.com/KCkMrM1wPn

Elections are scheduled for July this year and Mnangagwa will be aiming to secure his first term as president. He comes up against 40-year-old Nelson Chamisa of the Movement for Democratic Change – Tsvangirai (MDC-T), the main opponent for the presidency.

Reports by the state-run Zimbabwe Broadcasting Corporation indicates that President Mnangagwa has lighted the independence flame and the First Lady has released pigeons as a sign of peace.

We will be monitoring the content of Mnangagwa’s speech expected to touch on the New Zimbabwe, the upcoming elections and economic revival amongst other issues.

Zimbabwe at 37: We are 'masters of our own destiny' – Mugabe https://t.co/n9k1chokza 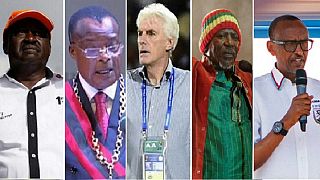 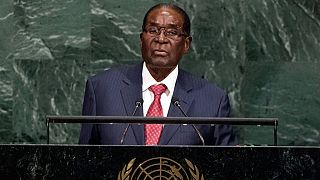 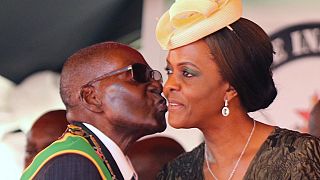