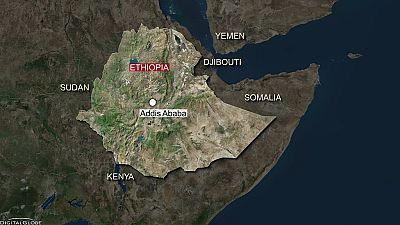 The Ethiopian government has today confirmed the death of a German tourist who was killed along with his Ethiopian tour guide in an attack by gunmen in northern Ethiopia’s remote Afar region.

Government spokesman Negeri Lencho confirmed the incident which happened on Sunday evening while the tourist camped near the region’s Erta Ale volcano.

“The perpetrators of the attack are being sought by security forces,” he said, adding they were yet to identify who the attackers were.

The Afar province which borders Eritrea has long been prone to banditry and separatist rebels have operated there. Addis Ababa has said the rebels are backed by its northern neighbour, with whom it is at odds over an unresolved border dispute.

Five European tourists were killed and two others kidnapped alongside two Ethiopians in the same region in 2012, in an incident claimed by a group that has carried out sporadic attacks for over a decade.

The Afar Revolutionary Democratic Unity Front (ARDUF) has fought a low-key insurgency to carve out a homeland from Ethiopia, Eritrea and Djibouti.

Five years earlier, another five Europeans were kidnapped in the province – a barren, searingly hot corner of the Horn of Africa country where rocky hills rise above vast deserts below sea level.