Zimbabwe economy recovering thanks to agric and mining: Mugabe 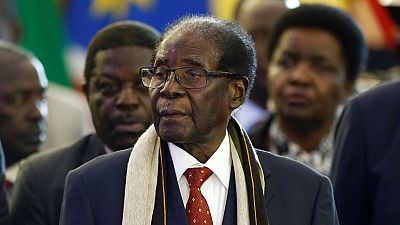 President Robert Mugabe said on Friday that Zimbabwe’s economy, hobbled by foreign currency shortages and a widening budget deficit, was slowly rebounding and would be driven by mining and agriculture.

Without giving details, Mugabe told a meeting of the ruling ZANU-PF’s central committee that the former British colony was on the way to regaining its status as a regional breadbasket and was expecting a bumper harvest of the staple maize in 2017.

Zimbabwe generates half of its export earnings from mining, particularly gold and platinum, but diamond output fell to 961,000 carats last year from 3.5 million the year before, after the government seized all gem mining in the east of the country.

We are going to leverage on diamonds and other minerals, alongside agriculture, so that together they drive our economic recovery trajectory.

“We are going to leverage on diamonds and other minerals, alongside agriculture, so that together they drive our economic recovery trajectory,” Mugabe said.

“Our economy is slowly on the rebound, I am sure you will agree we are improving,” the 93-year-old leader said.

The International Monetary Fund expects Zimbabwe’s economy to grow by 2.8 percent this year after 0.7 percent in 2016, thanks to a rebound in agriculture, while the government has forecast a 3.7 percent expansion.

But on Thursday, business leaders told Mugabe that his government’s expanding fiscal deficit and domestic borrowing were unsustainable and could destabilise the banking sector.

Zimbabweans are unable to withdraw money from banks and spend long hours in queues for as little as $20 while businesses face long delays in paying for imports. Retailers have warned that the delays could cause shortages of basic goods.

Zimbabwe has not been able to borrow on international financial markets since 1999. Last month, the central bank ordered platinum and chrome miners, Zimbabwe’s main foreign currency earners, to surrender 80 percent of their export earnings — up from 50 percent — to contain the dollar shortage.