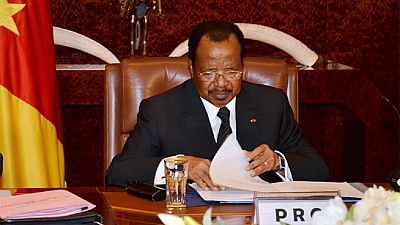 The Cameroonian government has threatened to shut down satellite television operators who host a new pro-secession TV channel banned in January 2017.

The Minister of Communications Issa Tchiroma Bakary sounded the warning on Monday saying those who will broadcast the Southern Cameroons Broadcasting Corporation (SCBC) TV channel or programmes will be closed down.

He added that those found in breach of the order will have their equipment confiscated and legal actions taken against them.

The SCBC TV was launched on May 6, 2017, yet it was banned four months earlier by an order from the Cameroonian government.

They broadcast as the mouthpiece of the North West and South West Anglophone regions with political programmes designed to push for the dissolution of the 1961 union of the Southern Cameroons with Cameroun.

The communications minister also announced that pupils in the two regions will undergo remedial classes in the first two months of the new school year to catch up with the lost school period affected by protests that rocked the region since late last year.