One year anniversary of deadliest migrant shipwreck off Libyan coast 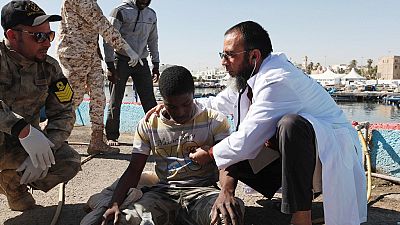 <p>April 18 marks one year since an overcrowded fishing boat, carrying up to 800 migrants attempted to cross from Libya to Europe, capsized and sank as it approached a merchant ship coming to its aid.</p> <p>The disaster is believed to be the worst in decades of perilous sea-borne migration from North Africa.</p> <p>The incident shocked the European Union into expanding rescue operations off the Libyan coast.</p> <p>According to Italian prosecutors, the fishing boat was so heavily overloaded that it could not be manoeuvred properly.</p> <p>The captain crashed it into the King Jacob, a Portuguese merchant vessel that had approached it to give aid. As around 100 migrants on deck rushed to one side, the boat capsized and sank.</p> <p>The ship’s Tunisian captain, Mohammed Ali Malek, 27, was arrested under suspicion of multiple homicide. His 25-year-old Syrian first mate, Mahmud Bikhit, was also suspected of causing a shipwreck.</p> <p>Only 28 survivors were brought to Italy from the hundreds of mainly African and Bangladeshi migrants on board, including the two suspects.</p> <p>According to a police report, the death tolls from the incident ranged from 400 to 950 people.</p> <p>Catania chief prosecutor Giovanni Salvi said only a few survived because most of the migrants on board, including women and children, had been locked in the hold and lower decks of the three-deck fishing boat.</p>