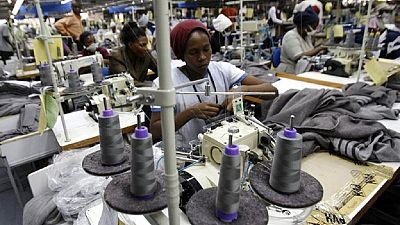 Chinese conglomerate Jiangsu Sunshine Group announced it will invest in Ethiopia in a bid to boost the country’s textile industry.

The plant they said, will be located in the industrial park of the city of Adama.

The project has been announced as Ethiopia battles one of the worst droughts since the last in 1983.

The country has in the recent years attracted several foreign companies operating in the textile and clothing sector including Turkish textile giant Akber and Taiwanese George Shoe Corporation.

Critics have however argued that these developments are aimed at Ethiopia for its cheap labour and the improved condition of its transport sector.