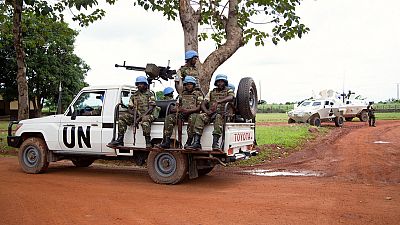 Hundreds of peacekeepers from the Democratic Republic of Congo on a U.N. peacekeeping mission in Central African Republic will withdraw after they failed an internal assessment, a spokesman said on Saturday.

“It is confirmed that the Congolese unit will withdraw from MINUSCA,” said Vladimir Monteiro, spokesman for the U.N. mission in Central African Republic. “The contingent will leave and not be replaced.”

Asked about whether the withdrawal could jeopardise security, Monteiro declined to give an immediate comment, saying a further announcement would be made next week.

It is confirmed that the Congolese unit will withdraw from MINUSCA. The contingent will leave and not be replaced.

In August, three Congolese peacekeepers in Central African Republic were accused of raping three female civilians, including one minor. Congolese Justice Minister Alexis Thambwe said at the time that the allegations would be investigated.

It was not immediately clear whether such allegations were the main factor behind the decision to withdraw Congolese troops.

A U.N. spokesperson in New York earlier said the U.N. review of Congolese troops assessed the equipment, the vetting procedures and overall preparedness of the contingent.

Central African Republic descended into conflict in 2013 after the Seleka, a coalition of predominantly Muslim-armed groups from the northeast, marched on the country’s capital Bangui and seized power.

A group of mostly Christian militias, named the anti-Balaka, rose up to fight Seleka as the country plunged into sectarian violence.