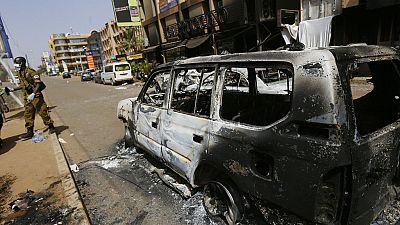 The first attack took place near Bouroum, in the northern province of Namentenga, where "a team of defense and security forces (FDS) on a mission hit an improvised explosive device," a security source told AFP.

"Unfortunately, two soldiers were killed and five wounded who were evacuated for appropriate care," the source said.

The second attack, also on Saturday, occurred in the village of Kokodé, on the Tendokogo-Bittou road, in the east-central part of the country, near Ghana.

Another security source said "six civilians were killed by the assailants, who also robbed the bus passengers.

"Among the victims is an important economic operator in the region," said a member of the union of traders in the region, confirming the toll of the attack.

Since 2015, Burkina Faso has been regularly plagued by jihadist attacks that have killed thousands and forced some two million people to flee their homes.

These attacks by groups linked to the Islamic State and al-Qaeda targeting military and civilians have increased in recent months, mainly in the north and east of the country.

Captain Ibrahim Traoré, the transitional president who emerged from a military coup on September 30 -- the second in eight months -- has set himself the goal of "reconquering the territory occupied by these terrorist hordes.

Between December 1 and 10, 39 "terrorists" were killed in an anti-jihadist operation conducted in northwestern Burkina Faso, the army said.

Called "Feleho" or "take back one's property" in the local Bwamou language, this operation aimed at "securing the Banwa province" in the Boucle du Mouhoun region (north, bordering Mali), made it possible to liberate a dozen localities under siege by armed groups, according to the army. 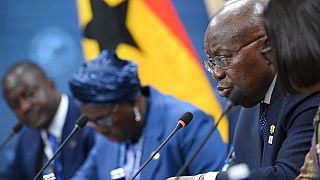