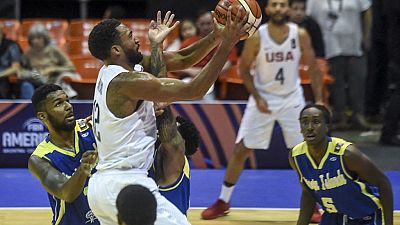 Zamalek did not hesitate to reach the last four of the first edition of the Basketball Africa League. On the floor of the Kigali Arena, the Egyptian champions have corrected the FAP Yaounde.

The Cameroonian team made an excellent start like this 3-point basket by Abdoulaye Harouna, top scorer of the game with 21 points

But then the Egyptian steamroller started to reign on the floor of Kigali with this powerful dunk of Chinemelu Elonu. The latter also took it home it the rim to give the advantage to Zamalek.

FAP Yaounde could not keep up with the infernal pace and logically lost to the blows of the Puerto Rican Walter Hodge, 18 points, and also by Nigerian Michael Fakuade, 12 points.

The FAP was beaten 82-53 -- understandably disappointing for Abdoulaye Harouna.

''In the second half, we struggled offensively because our defence was there the whole game. We just had trouble executing our attacks which allowed them to run because they are a team that plays on the counter-attack. In the first half, they didn't have that.

"We knew we had them, but in the second half we played into their hands. It's very difficult. They are a team that plays like us, when we go on the counter-attack we are unstoppable and they are the same.

"It's important to move the ball around, in the second half we couldn't get away because they cut off the passing lanes. It's the lack of experience and they are really more experienced.

In the semi-final, Zamelek will face Club Atlético Petróleos de Luanda as expected. The Angolan champion beat AS Salé again. The Moroccan champion failed to take revenge in the group stages and lost by 7 points 79-72 despite the 30 points of Terrell Stoglin.

Petro de Luanda recorded a 79-72 victory over AS Salé in the Basketball Africa League quarter-finals.