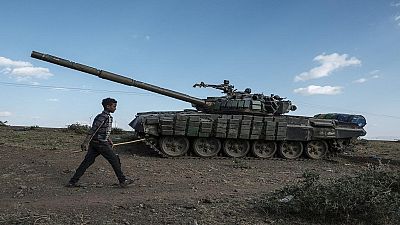 The crisis in the Ethiopian region of Tigray seems "out of control," Finnish Foreign Minister Pekka Haavisto warned Tuesday following his return from a mission for the European Union.

The embattled region of Ethiopia’s north, is the scene of a conflict between its dissident authorities and the federal government.

"The situation is uncontrollable militarily, humanely and on a humanitarian level," Haavisto said at a press briefing in Brussels.

Tigray has been the scene of fighting since early November 4, 2020, after Prime Minister Abiy Ahmed's decision to send the Ethiopian army to dislodge the Tigray People's Liberation Front (TPLF). The party ruled the region and had been challenging the authority of the federal government for several months.

At the end of November, the Ethiopian troops captured the regional capital Mekele, but the TPLF ensured that fighting continued. Clashes continue to be reported, affecting the delivery of badly needed humanitarian aid.

The EU Envoy reported on his mission on Monday to the foreign ministers of the 27 EU countries in Brussels.

He regretted that Ethiopian leaders had failed to provide a "clear picture" of the situation in Tigray, particularly regarding the widely documented involvement of forces from neighboring Eritrea.

The Finnish Foreign Minister said: "The issue of Eritrean troops is extremely sensitive. We are therefore not getting a clear answer on the location or scale of their presence."

Both Addis Ababa and Asmara deny the involvement of Eritrean forces in the conflict, despite testimonies from civilians, aid workers and some military and government officials.

The EU has joined the US in demanding the withdrawal of Eritrean troops.

Pekka Haavisto reiterated the international community's urgent calls for the Ethiopian government to allow full humanitarian access to Tigray, including in areas beyond its control.

"We need a green light from the Ethiopian government to negotiate access to Eritrea-controlled areas and areas controlled by the opposition," he said.

Haavisto warned that neighboring Sudan is struggling to cope with the influx of tens of thousands of Tigrayans who have fled there. He said that these refugees may want to make their way to Europe, pointing to "the beginning of another potentially large refugee crisis in the world.