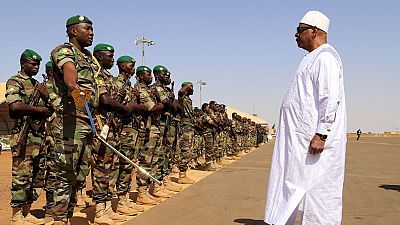 Mali’s president Ibrahim Boubacar Keita on Monday confirmed that government has opened the door to talks with jihadists to defuse mounting violence in the West African country.

Despite the presence of foreign troops, Mali has been struggling to contain a jihadist revolt that broke out in 2012.

Thousands of soldiers and civilians have died in the conflict, which has also spread to central Mali and neighbouring Burkina Faso and Niger.

Talking to jihadist leaders was long anathema to the government in Bamako, even as deadly attacks increased. Mali previously ignored several calls to negotiate.

In this article, we explore why has Keita reversed course now, and what effect will his decision have?

Keita told French media that the number of victims had risen “exponentially,” so it is time to explore new options.

While the move is a sea change, Mali’s government has likely talked to jihadists in secret before to broker ceasefires or retrieve hostages.

Growing calls for talks with jihadists both from Malians and from abroad had been pushing the government to consider the option, he said.

The ICG itself made one such call. In May last year, it urged the government to hold talks in an effort to stop the bloodshed.

What is there to negotiate?

Jezequel from the ICG cautioned that the announcement is a “first step”.

He pointed to years-long negotiations between the Taliban and the United States in Afghanistan as an example.

Issues on the table could include the state returning to abandoned parts of the country, he said, or militants joining the army.

Bagayoko was more pessimistic. “What does an army almost completely out of control have to offer jihadists?” she asked.

An African diplomat who declined to be named said the question was what compromise Bamako would accept, warning that public opinion could turn on the negotiations.

Will jihadists be redeemed?

Keita said in the interview on Monday that he had known jihadist leader Iyad Ag Ghaly personally when both were government advisors.

Iyad Ag Ghaly is the leader of the Group to Support Islam and Muslims (GSIM), which is linked to Al-Qaeda.

Keita described the jihadist as having been “courteous” when he knew him.

Similarly, Jezequel said the belief that jihadists were bent simply on destruction is mistaken.

“These are political actors like any other,” he said, adding that they capable of negotiation.

Experts are floating the name of Mahmoud Dicko, an influential imam, as a possible negotiator.

A black sheep in government corridors in Bamako, he has nonetheless previously acted as mediator between the government and armed groups.

On the jihadist side, Bagayoko warned that the militants are not a cohesive bloc and that it was unclear how their rank and file would respond to negotiations.

The African diplomat warned that talks could also widen the gap between Al-Qaeda-linked groups and those allied to the Islamic State.

Keita has endorsed talking to Al-Qaeda affiliates. But his stance on the Islamic State group is unclear.

The president has neither excluded the possibility of talks with the leader of Islamic State group’s Sahel branch, Adnane Abou Walid al-Sahraoui, nor has he endorsed them.

France, for its part, has labelled the Islamic State as its “priority enemy” in Mali.

What do Mali’s military partners think?

France, Mali’s main military backer, has previously ruled out dialogue. It will soon boost its military force in the Sahel from 4,500 troops to about 5,100.

Late last year, French Army Chief of Staff Francois Lecointre said that France’s vision for a democratic and law-bound Mali “does not accommodate these types of negotiations”.

But Niagale Bagayoko, the African Security Sector Network chair, said the evolution of facts on the grounds and of public opinion “has been able to shift positions” in France.