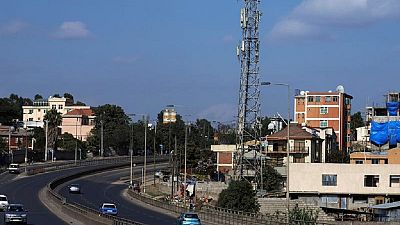 Takele Uma Banti, Mayor of the Ethiopian capital Addis Ababa on Sunday called out fake news with regards to a purported master plan.

He posted two documents on Twitter (each with Amharic inscriptions) and wrote: “Just for clarity. No new master plan ……no new proclamation draft regarding Addis Ababa. It is fake document produced to mislead our people.”

The status of Addis Ababa continues to evoke sensitive sentiments especially among Oromos in whose regional state it is situated.

The city known as Africa’s diplomatic capital because it hosts the African union, also serves as the national capital of Ethiopia, it is one of two chartered cities in the country. The other one is Dire Dawa. Oromos have long claimed the capital which is referred to in local parlance as Finfeene.

A master plan move years back was what birthed the Oromo protests that metamorphosed into a political struggle leading to the rise to the premiership of Prime Minister Abiy Ahmed, himself an Oromo.

In March this year, hundreds in some cases thousands of people in across Oromia protested the manner in which the Addis Ababa city administration alloted condominium buildings.

The mayor at the time said farmers who were displaced from the sites were included in the transfer without lottery. The issue of uprooting local farmers to make way for the housing project has long been a divisive issue.

The project which dates back to 2016 forms part of plans to deal with rapid population growth and an acute shortage of affordable housing.

The federal government moved to resolve the rift by forming a committee. Leading the 8-member committee was Minister of Peace Muferiat Kamil. the mayor and three other members of the city administration were listed.

The Oromia region also had three representatives on the committee including the deputy regional president, Tayiba Hassen, and two other top officials.