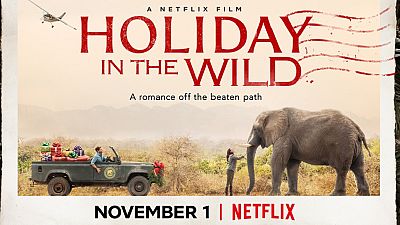 Several African musicians, actors and cinema lovers are sharing reviews and reactions to Netflix’s movie, Holiday in the Wild, which was released on November 1.

The Christmas movie which is an original production of the streaming service, features several African actors, songs and was filmed at different locations including Zambia and South Africa.

South African actor Fezile Mpela, who has featured in popular television shows like Mzansi, Generations, 7de Laan, is one of the lead actors in ‘Holiday in the Wild’. Mpela plays the role of Jonathan, who takes care of elephants at a sanctuary in Zambia.

You're falling in love...with Africa.

The soundtracks for the romantic drama included several African artists and songs.

The film was shot on location in several beautiful places in Zambia and South Africa. There are elephants filmed at a private reserve in Jabulani, near Kruger in South Africa and at the Lilayi Elephant Nursery in Zambia.

Some of the filming was also done in Hoedspruit and the Drakensberg Mountain in South Africa.

The natural light at golden hour in SA ? netflix ?

GRI was incredibly excited to host Hollywood celebrities roblowe and his son johnnylowe at the Lilayi Elephant Nursery as they filmed scenes for the netflix movie ‘Holiday in the Wild’. ⁣ ⁣ Rob and John were actively engaged in the process of caring for the elephants, and learnt how to prepare the specialised milk formula that provides the nutritional key to the orphans’ recovery from point of rescue. ⁣ ⁣ Having spent time in Africa, Rob is only too aware of the tragedies of wildlife crimes taking place, and understood the critical role of law enforcement efforts in protecting target species such as elephants from extinction. ⁣ ⁣ One African elephant dies every 20 minutes! The law enforcement Rangers who patrol wild spaces are literally life savers for these vulnerable elephants, and they need your support. Join the Rangers in their fight against wildlife crimes! ⁣ ⁣ Donate today at gamerangersinternational.org ⁣ #GRI #GameRangersInternational #WeAreAllRangers #Zambia #Netflix #RobLowe #SaveElephants #HolidayintheWild #WildlifeConservation ⁣ #BeKindtoElephants #ElephantOrphanage #OrphanedElephants #Elephants #ProtectAndPreserve #Conservation

A post shared by Game Rangers International (game_rangers_international) on Oct 27, 2019 at 3:25am PDT

My friend just watched that Netflix movie Holiday in the Wild… this was her feedback ??‍♀️#Zambia #ZedTwitter pic.twitter.com/GWRf769q5l

Ndicel’ikiss is be part of the motion picture soundtrack for Netflix’s blockbuster rom-com released today, ‘Holiday In The Wild’ – which is the first of a string of the holiday season original programming. pic.twitter.com/5f1TN2ImD7 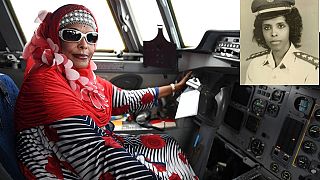