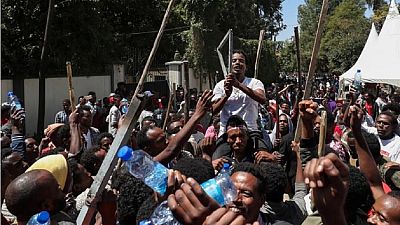 Ethiopia’s army says it is deploying troops to calm deadly unrest that has raged in the past three days mainly in the Oromia region.

The unrest was sparked when prominent activist Jawar Mohammed said the government was removing his security detail. He has since called for calm.

Army spokesman Maj. Gen. Mohammed Tessema says soldiers are being deployed across Oromia and in Harar and Dire Dawa.

A local official in the Oromia regional capital, Adama, has said the death toll could be in the dozens. He spoke on condition of anonymity because he was not authorized to talk to the media.

Several Oromia residents told the AP that non-Oromos had been attacked.