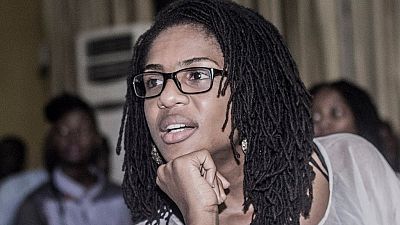 Farida Bedwei lives with cerebral palsy but her condition has in no way stood between her strides to live life and contribute positively to the world around her and beyond.

Farida is a software engineer, she is an author – as is said, with two publications under he belt, and also she is a disability rights advocate – one of Ghana’s most famed.

Her recent publication Karmzah seeks to break the boundaries in an era where superheroes and heroines are all but absent especially for the African child.

With December 3 as International Day for Persons With Disability, Africanews publishes an interview that Farida granted us speaking about issues from Karmzah to living with disability and other facts about her life.

There is limited representation of children and adults with disabilities in the comics / cartoons. Some characters in Marvel’s X-Men have disabilities, e.g. Professor X is in a wheelchair and Cyclops is visually impaired; then there’s Misty Knight, an amputee with a bionic arm.

Considering the number of children / adults with varying disabilities worldwide the needs to be a lot more characters they can relate to in the world of animation.

According to statistics, Cerebral Palsy is the largest cause of childhood disability and there is no superhero / superheroine with cerebral palsy for children to identify with. Having a superhero(ine) with such a condition would provoke more conversations about neurological conditions and lead to a broader acceptance into society as a whole.

Persons with disabilities are, most often than not, portrayed as helpless victims who need to be rescued / helped by their able- bodied counterparts. The focus is on their disabilities not their capabilities. That perception will only change when we start focusing on their strengths, not their weaknesses. 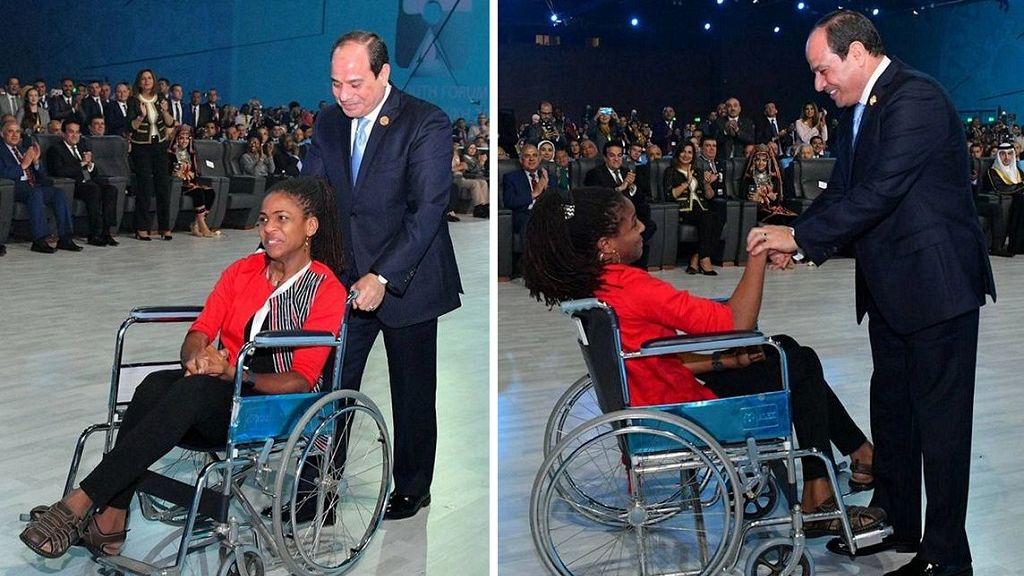 With the introduction of a super heroine who, in spite of having Cerebral Palsy, fights bad guys and does the rescuing, we’ll be changing the narrative and making it seem, at the very least, not that big a deal having a physical disability.

The character – Karmzah, still uses her walking aids, and is empowered through them. If she loses ahold of her crutches, she reverts to her ordinary self and can no longer fight, run or fly as she does with the superpowers.

The idea is to make the aids (wheelchairs, walking aids, hearing aids, etc.) ‘cool’. If there are crutches that unleash whips and darts, and braces which allow the wearer to run superfast, it makes it more appealing to the average child/ teen who has to wear/ use them to get around.

As an author, how easy was it putting together a comic work?

Compared to writing a book, putting together a script for a comic book is easy and quick. Writing a comic script comprises of describing the scenes, characters, facial expressions, etc for the for the cartoonist to draw and supplying the dialogue.

How many books have your authored prior to Karmzah?

One, called Definition of a Miracle – a fictional account of some experiences I had as a child, growing up with cerebral palsy in Ghana.

As a disability-rights advocate, how special is this book to you?

There were no comic book superheros/superheroines with disabilities when I was growing up. Now there are a few but not enough, considering the number of children (and adults) who live with one disability or another. Representation matters, and persons with disabilities are sorely underrepresented in the comics / cartoons realms.

What was the inspiration behind this book and what’s behind the name – Karmzah?

Persons with disabilities are usually portrayed as being feeble and asking for handouts, in the media. I want to change that perception. We have weaknesses and strengths like everybody else and it’s about time the focus moved from what we can’t do to what we CAN do.

Karmzah sounds like the name of a no-nonsense warrior who defeats bad guys. Sure, she has Cerebral Palsy and walks with crutches, but she still fights and does superhero stunts with those crutches.

What are the goals you set out to achieve with this book?

Change the narrative on cerebral palsy and other disabilities in Africa, and let children with these condition have someone they can relate to when they are reading comics.

Secondly, having a strong female lead, gives a role model for girls to want to emulate. The fact that Karmzah is taking matters into her own hands and rescuing people, catching bad guys, will encourage girls, both disabled and able-bodied to see themselves as strong and capable of fending for themselves.

Thirdly, Karmzah is empowered through her crutches, many who use wheelchairs, walkers, crutches and other assistive aids/ devices at one point or the other resent having to use them, because of stigmatization.

Having Karmzah’s superpowers delivered through her crutches is intended to make these aids seem ‘cool’ and let the child who has to use them have a sense of pride.

Describe Karmzah in three words? Help us with a paragraphs summary of the book.

Morowa Adjei is an archaeologist who stumbles across a clay jar which gives her superpowers through her crutches. Morowa has cerebral palsy and walks with crutches.

This sometimes hinders her ability to go on digs herself so she usually examines and researches on the artefacts her colleagues at Baga Research Center (BRC), bring back from the digs.

One day she accidentally breaks a clay jar brought back from Gao and a man emerges from it claiming to be a medicine man from the Mali Empire time. He gives her superpowers, transforming her into Karmzah and sends her on various assignments.

How long did it take to complete the book?

A month and a half to write the script and it will take about three months to do the illustrations.

Post launch, when will it be hitting the bookstores?

It will be available on the Afrocomix app at the end of October.

Who are some of the main brains behind putting this together?

Me and the team at Leti Arts led by the CEO, Eyram Tawia

Ghana’s disability laws, how relevant and effective are they?

Ghana’s disability laws were passed in 2006 but have still not been implemented.