Ethiopian Airlines capped off a hugely successful and profitable financial year by announcing that they are the frontrunner to set up and manage a new national carrier for Nigeria, its chief executive said on Friday.

Nigeria’s government last month launched a new national carrier, Nigeria Air, also indicating that it was seeking a strategic partner to invest up to $300 million and operate the new airline.

“We are among a small group with an interest in establishing a national carrier (in Nigeria)…we do not know the results (of the tender), though we are frontrunners,” Chief Executive Tewolde Gebremariam told a news conference.

We are among a small group with an interest in establishing a national carrier in Nigeria...we do not know the results (of the tender), though we are frontrunners.

The state-owned carrier has outpaced regional competitors Kenya Airways and South African Airways to become Africa’s largest airline by revenue and profit, according to the International Air Transport Association.

The airline has been buying shares in other African airlines, a strategy aimed at gaining a competitive advantage against rivals such as those in the Gulf.

In May, Tewolde told Reuters that the airline was in talks with Chad, Djibouti, Equatorial Guinea and Guinea to set up carriers through joint ventures. It aimed to create a new airline in Mozambique that it will fully own, the chief executive said at the time.

In June Ethiopia said it would open Ethiopian Airlines and other companies including the telecoms monopoly up to private domestic and foreign investment, but details have not yet been made public. 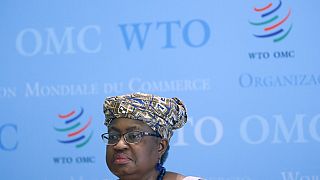