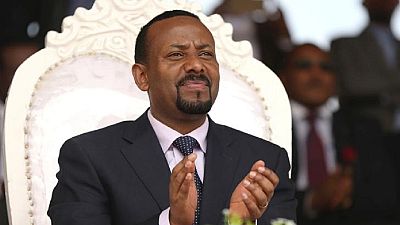 Up to 1000 Ethiopian prisoners will be freed from prisons in Saudi Arabia on Saturday, following a request by the prime minister Abiy Ahmed to The Saudi Crown Prince Mohammed bin Salman.

Abiy was in Saudi Arabia on a two day state visit and the two leaders are reported to have discussed bilateral, regional and global issues of mutual concern.

Following several complaints by African migrants including Ethiopians who serve as domestic helpers in most rich Middle East nations, Abiy used the occasion to reiterate the importance of protecting Ethiopians living in the Kingdom.

Diplomatic relations between the two countries have been strong over the years and indeed Ethiopia managed to secure extensions for its citizens following a decision by Saudi Arabia to deport illegal African immigrants.

The two countries agreed to strengthen cooperation in the areas of tourism, agriculture, energy and conduct a study to realise electricity interconnection.

The Crown Prince pledged to encourage Saudi investors to invest in Ethiopia.

Abiy also met Ethiopians living in the country, including the mother of Mohammed Abdul Aziz Yahya, a 16 year old Ethiopian who was admitted to a hospital in Jeddah for a minor breathing problem in 2006 but paralyzed and remained in coma until now because of a botched medical operation.

He also raised this issue with the Crown Prince, making a case for compensation of the traumatised parents.

Abiy is scheduled to address Ethiopians back home in the Dembi Dolo and Gambella regional state over the weekend. The prime minister will hold public forums with the citizenry and inaugurate the Dembi Dolo Airport and Dembi Dolo University.