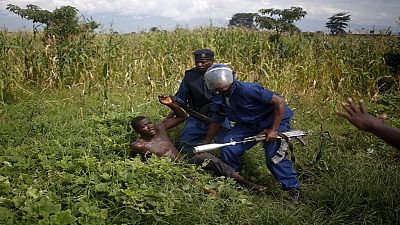 Just 28,000 square kilometres, Burundi is one of the smallest countries in Africa.

But the crisis unleased by the controversial re-election of President Pierre Nkurunziza in 2015 threatens the stability of the entire Great Lakes region.

Burundi’s neighbours are Rwanda, the Democratic Republic of Congo, Tanzania and Uganda in the north…five countries with interconnected problems.

Eastern DR Congo is at the heart of the region’s instability, specifically North and South Kivu.

At the end of the genocide of Tutsis in Rwanda 1994, there was an influx of refugees – mainly Rwandan Hutus fearing reprisals – into eastern DR Congo, then known as Zaire.

The refugees found themselves in the middle of the two Congo wars, involving armies from DR Congo, Rwanda and Burundi, and from further afield: Angola, Zimbabwe and Chad.

Complex regional alliances, a wealth of resources, and the entrenchment of rebel groups from Rwanda, Uganda and Burundi in the Congolese mountains have made the presence of troops patrolling in the Kivu region a common sight.

Countries such as Rwanda and Uganda have also been accused of fuelling regional instability through their covert support of violent militias.

Burundi is no stranger to conflict either…including the inter-ethnic massacres of 1972, and bloody civil war from 1993 to 2006 which led hundreds of thousands of people to flee – mainly to Tanzania.

A decade later… violent clashes have sent another exodus of refugees to neighbouring countries, particularly Rwanda and Tanzania.

Coming two years after a violent crackdown on opponents of Nkurunziza’s bid for a third term, it is unclear what form opposition to the move will take.

The UN has on the other hand called for refrain from all the waging sides in respectives countries but the unrest seems not to be ending soon.