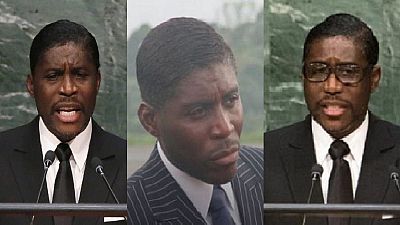 Teodorin Obiang, son of Equatorial Guinea president and vice-president of the country, is awaiting a Paris court judgement on allegations of corruption and misuse of public funds.

A Paris prosecutor is pushing for jail time, a fine and confiscation of properties owned by the 48-year-old known for his lavish and flashy lifestyle.

The trial which Malabo failed to stop despite lodging a case of diplomatic violation at the International Court of Justice has brought to the fore some of the properties owned by Teodorin as prosecutors dug into what he owns especially in the French capital and across other European cities.

The oil-rich Central African country has a high poverty rate with estimates suggesting that over half of the population live in poverty. Veep Teodorin, a one-time Agriculture minister is said to have splashed an estimated €100 million of public funds to fuel his lavish lifestyle in France.

High among his possessions are houses located in plush suburbs of Paris, a fleet of sports cars and investments in flashy suits even in bottles of champagne and other items.

Some of his assets include: A 101-room Paris mansion, bought for €25 million in 2005 including a Turkish bath, hair salon, two gyms, a nightclub and a movie theatre.

Though, the International Court of Justice ruled it had legal status as a diplomatic mission, giving it immunity from any further searches or seizures of any property or documents without permission of the head of the mission.

Two yachts, the 76-metre ‘Ebony Shine’, which was seized in the Netherlands, and the 90-metre ‘Ice’, worth around €250 million, though he and the Guinean government say they are state property.

Around €50 million in furniture and art including: A €5.6 million Edgar Degas pastel and five works by Auguste Rodin, worth €1.5 million.

Yves Saint Laurent and Pierre Bergé collections worth over €20 million and a vintage clock worth almost €5 million.

300 bottles of Châte­au Pétrus, one of the world’s most expensive wines, to the tune of €2 million.

Nine luxury cars belonging to him were seized from the Paris estate and auctioned off in 2013 for €2.8 million. They included: two Bugatti Veyrons, two Bentleys, one Ferrari 599 GTO, Rolls-Royce Phantom, Mercedes Maybach 62, Maserati MC 12 and a Porsche Carrera 980 GT.

The Swiss government in 2016 also seized 11 luxury cars belonging to Obiang, including the Koenigsegg One:1, one of only seven ever produced.

French prosecutors in 2008 opened financial investigations into three Central African governments – Equatorial Guinea, Republic of Congo and Gabon. Teodorin’s case is by far the most advanced in the so called ‘ill-gotten assets’ case.

Prosecutors and anti-corruption campaigners have said with a yearly salary of under €100,000, he is believed to have dipped his hands into public coffers to be able to keep up the lavish lifestyle.

French prosecutors also allege that he used his former post of agricultural minister to line his pockets, exerting influence over the country’s timber industry.

In 2014, he agreed to a $30 million settlement in the U.S., which resolved similar allegations that forced the sale of his Malibu mansion and various pieces of Michael Jackson memorabilia.