Muslim women in north eastern Kenya are being encouraged to use modern birth control methods like contraceptive implants or the pill.

Such forms of contraception are little known in the poor, conservative part of the country where women have an average of 8 children, some with complications.

In the Wajir region, only 2% of the population uses contraceptives, compared to a national average of 58%. More than four out of ten women are married before the age of 18.

The use of modern methods of contraception is perceived to be a violation of Islamic principles in this region.

A 2014 demographic study showed perinatal deaths in Kenya’s northeast were more than 50 percent higher than the national average.

Since then religious leaders have been co-opted into battling the statistics.

In two years, the Save the Children program has made significant progress, in the first three months of this year, 3,177 women joined the family planning programme, a major increase from the 1,382 participants in the same period the year before. 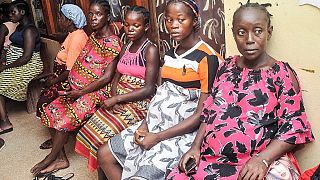