Human Rights Watch has warned about the poor human rights situation in Gambia, a month to the country’s presidential election scheduled for December 1, 2016.

The government has been repressing the opposition, a situation which poses a threat to the fairness of the next election, the rights group says.

Researchers at Human Rights Watch, say it is necessary to draw the world’s attention on the political situation in Gambia, stressing this will exert pressure on Yahya Jammeh’s government to obtain the release of the opponents before the election in December.

Human Rights Watch suggests that measures like banning senior Gambian officials from travelling to the US or European Union could likely be of help.

African leaders have also been advised to denounce the behaviour of president Yahya Jammeh and to also consider Gambia’s suspension from ECOWAS if the country’s political situation does not change before the next election. 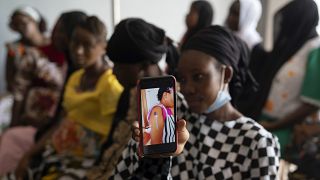