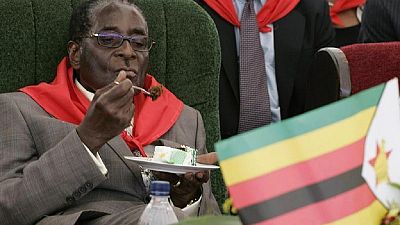 Members of the European Parliament (MEPs) on Thursday expressed serious concern about the growing violence against demonstrators in Zimbabwe. They also condemned the recent statements by President Mugabe attacking the judiciary.

The Zimbabwean authorities should release all political prisoners immediately and unconditionally and not interfere with the independence of the judiciary, the MEPs said in apparent reference to Mugabe’s claim that judges were reckless for allowing protests that turned violent.

Except the opposition’s election related protests, most of the protesters were marching against job losses, mass unemployment and the government’s failure to meet people’s basic economic expectations.

The views of the MEPs were contained in three resolutions voted on Thursday. The three countries within the purview of the resolution were Zimbabwe, Somalia and the Philippines.

The MEPs whiles urging respect for the rule of law also noted with alarm the recently announced one-month ban on demonstrations. The “rise in the number of arbitrary arrests of human rights defenders” worries MEPs, they added.

The legislators also hold the view that the EU Council and Commission should consider reimposing certain EU restrictive measures against the Zimbabwe regime.

The only condition to lift the proposed sanctions being ‘‘once Zimbabwe is clearly on the path towards democracy, the rule of law and respect for human rights,’‘ they also stated that lifting of the bulk of restrictive measures on Zimbabwe was premature.