A Ugandan environmentalist has found a novel way to reduce plastic waste in his country. He collects discarded bags and bottles and upcycles them into new products, such as tables and fence poles. In the neighborhood of Nsambya, a landfill site is an ugly spot on the landscape. But it's also a source for an emerging business. An environmental entrepreneur has setup a collection point near here, determined to turn discarded polythene bags and single-use bottles into something useful. Gerald Ndashimye is the founder of Eco Ways Uganda and has established collection points in various parts of his country, including Kampala, Wakiso and Mukono, as well as other major towns. And there's plenty of plastic to gather, he says. "In Kampala alone, we have 350 metric tons of waste, solid waste, that is produced by Kampala people and about 12 to 15 percent of that is plastics, and nearly much of it is not collected or recycled at all. So, it all ends up in landfills and open dumps like this one you are seeing around here," he says. The Development Studies graduate began with a simple aim in mind: collect plastic litter and keep the environment clean. But his idea has grown from a one-man operation to a business that employs more than 100 people, including young mothers. He also pays private individuals who bring him plastic he can use. "When I started it wasn't a business. I was passionate about cleaning my neighborhoods," says Ndashimye. "But eventually I thought if this has to be something that will have to continue, there has to be something that pays the bills and that's how we started collecting bottles and other plastics that are valuable and those that are not valuable were of course coming through. So, we sold the shreds before we started making our own products." Making products is now part of the working day. Plastic bottles are shredded into little pieces. It's then used as a material for a variety of items, including picnic tables and fence poles. "A fencing pole is made of 11 kilos of plastics, and if we are looking at, for example, the soda or waters bottles, there is 47 bottles in a kilo, so we are looking at about 500 bottles per fencing pole," Ndashimye explains. The environmentalist also sells some shredded plastic to organizations which recycle them. Even with laws and regulations in place, the problem of plastic in the environment seems far from over. Dr. Tom Okurut from NEMA - the National Environment Management Authority - says Uganda's government must put in stricter measures to ensure companies that do not recollect their plastic waste pay a hefty fine. "The law says that the producer of that plastic must have a responsibility of collecting it back at end use," he says. "So that imposes a responsibility on plastic manufacturers to put in collection systems at common places like malls or put incentives that if you bring back may be 2 kilograms or a kilogram of carrier bags belonging to company X you are given this amount of money, that would encourage people not to throw the polythene bag at home or push it into the dustbins." Ndashimye says the government is not supportive enough of companies like his, sometimes his collectors are harassed by officials as they try to gather plastic waste. "I would request the government agencies that are involved in the management of the environmental issues to look into the entrepreneurs who are involved in plastic waste collection and recycling more in a support way, not a stopping or a blockage," he says. Ndashimye's next project is to find a way to stop plastics flowing into Lake Victoria. He's setting up nets on all the major drainage channels to trap litter before it reaches the lake, which is currently choking with plastic waste.  ***AP***

Harry Potter castle lights up in Hollywood for Christmas... 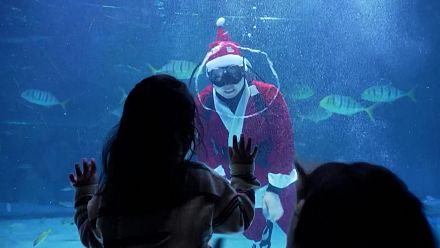 An educational robot interacts with students at a Gaza...

Nigeria recruits churches and mosques to speed up mass... 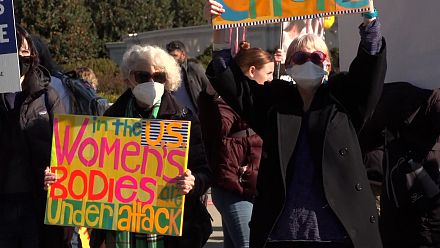 Saint Petersburg turns white after a night of heavy... 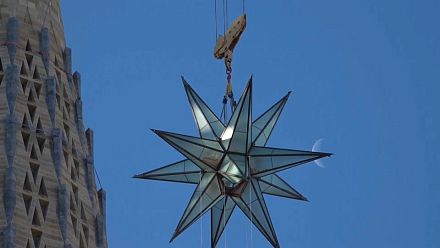 Lebanese block a highway with burning tires during... 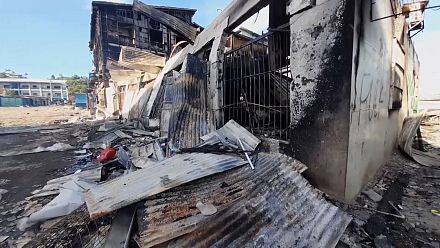 Hundreds of people gathered in Madrid to welcome the... 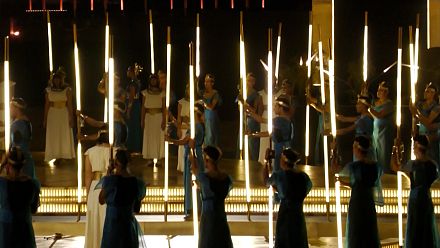 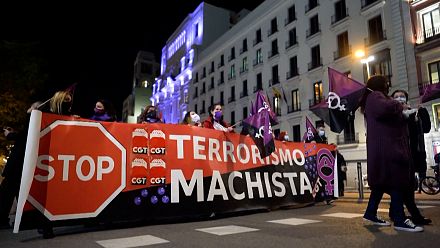 Thousands demonstrate in Madrid to call out violence against women 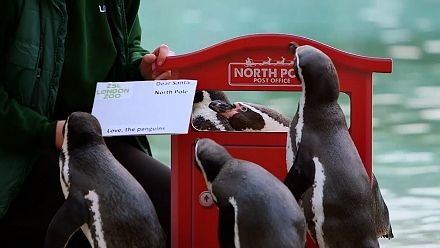 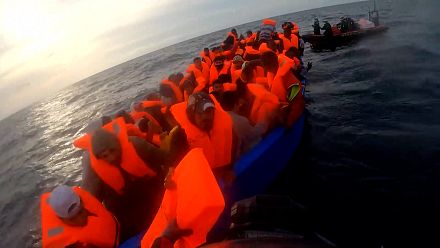 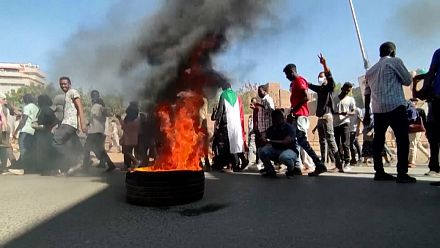 Police in Khartoum use tear gas in protest clashes 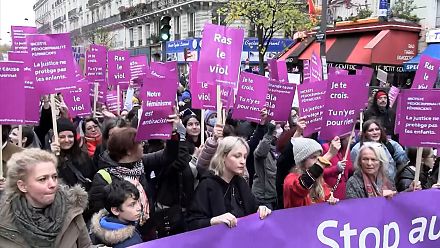 Thousands march in Paris over violence against women

Zoo pelicans moved to heated enclosure ahead of winter 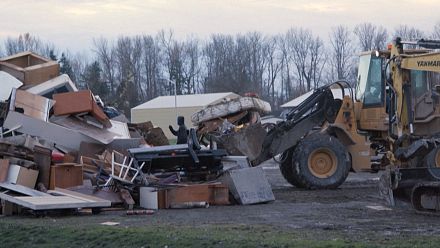 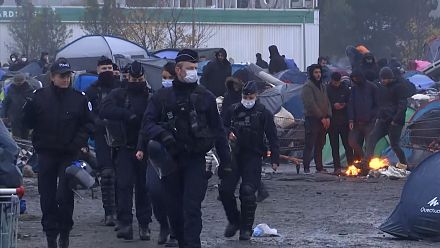