According to a report published by the United Nations Office for the Coordination of Humanitarian Affairs (OCHA), just over two million people — or about half of the population of the Central African Republic, live in a state of acute food insecurity.

Rachida Abdoulaye, who lives in the Bornu district of Bria, checks every morning to see if the vegetables and fruits in her garden are ripe for picking in order to feed her family, "We used to have enough to eat up to three times a day, but now it's very difficult. With a bit of luck, we eat once a day, sometimes nothing at all, and the children go to bed without eating. Everything is expensive in the market, even making money is very difficult."

Food products are almost non-existent at the markets and even the most widely consumed cassava flour, whose usual price is reasonable has not become a rarity. The growing security instability in the region no longer enables the population to go to the fields for supplies.

Zibert Mouna, a cassava trader, shares her experience, "We used to sell cassava here at 2,000 or 2,500 francs, but today it's very difficult to get it, it's not easy to go to the fields and with the rains everything is spoiled. People travel two or three kilometres to deliver it to us."

Humanitarians are doing their best to distribute food to a population frightened by the strong presence of armed groups. In addition, training of agricultural monitors on the simplest farming techniques has been put in place in order to be able to feed the communities.

Samuel Thierry Nzam, a correspondent on the ground, summarises the current situation from a farmer school field, "All the crops have gone beyond the harvest period and everything has rotted, everything has become unusable, unconsumable so that over a period of three years food insecurity has taken hold in the region. Today, according to reports from humanitarian organisations, more than 65% of the population in the town of Bria is said to be food insecure. As you have seen there is still a lot to be done to meet this challenge. Samuel Thierry NZAM BRIA for Africanews." 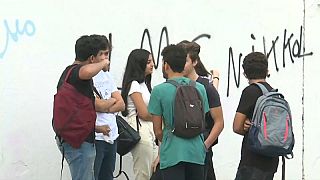 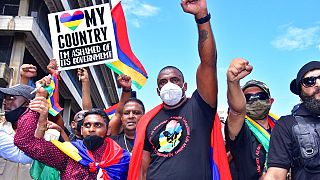