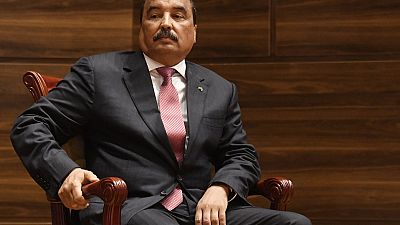 Former Mauritanian President Mohamed Ould Abdel Aziz has been summoned to appear Thursday before a parliamentary commission of inquiry, set up to shed light on his years in power in the West African country (2008-2019), according to an official letter AFP saw on Monday.

In the letter addressed to the former president, the president of the commission of inquiry, Hbib Ould Diaye, said Mohamed Ould Abdel Aziz’s name “has, during previous hearings of the commission, been directly cited many times in connection with facts and acts that could constitute a dangerous violation of the Mauritanian Constitution and laws”.

“In an effort to expose the truth,” the commission therefore summoned the former head of state to provide information and explanations.

Neither Mr. Ould Abdel Aziz nor his entourage had reacted on Monday evening, especially on the intention of the former president to attend the convocation.

The commission has already heard from several of his former ministers.

When MPs approved the formation of this commission, they asked it to look into several emblematic issues of the Ould Abdel Aziz era. These include the management of oil revenues, the sale of state-owned land in Nouakchott, the liquidation of a state-owned company that supplied the country with food, and the activities of a Chinese fishing company, Pully Hong Dong.

The former president, a former general, came to power in a putsch in 2008, before being elected and re-elected in 2009 and 2014. President Mohamed Ould Ghazouani, who succeeded him in August 2019, was his former chief of staff and minister of defence.