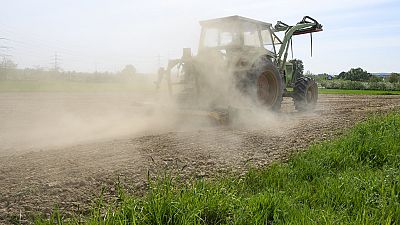 The landlocked West African nation of Burkina Faso has been hard hit by drought and desertification.

The area used to support generations of farmers, but families now can only scrape a living.

Under a burning sun, Julienne Rouamba works on the land she farmed for almost two decades.

But gathering pebbles is all the land is good for now, desiccated through years of drought, the erosion of the top soil.

From dawn till dusk she gathers the gravel and will sift and grade it before selling it to visiting merchants.

The few dollars she makes a week is important for her family’s income.

Other families in the area have been forced to do the same.

The slow advance of desertification, comes as populations from the north and across the Sahel are being pushed from their homes by violence linked to jihadists.

Food insecurity already affects two million people in Burkina Faso, according to the latest report from its government and aid groups.

The crisis in Burkina Faso already has displaced about 850,000 people, leaving many subsistence farmers unable to feed their families.

Some people who have stopped cultivating have tried to become traders, buying and selling food at local markets.

But customers have little money to spend.

Bibata Sankara, 42, owns a shop on the outskirts of Ougadougou and said for poor people, like herself, it’s hard to get by. 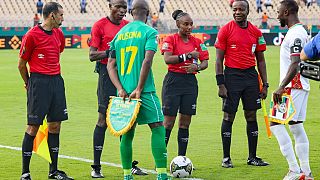 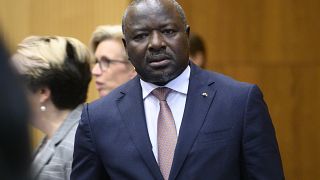