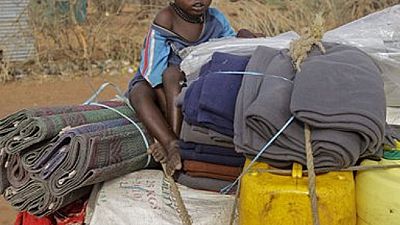 <p>Recent fighting between state forces and armed groups in Ethiopia’s Oromia region has led to displacements in the region, the largest and most populous in the country.</p> <p>The <a href="https://addisstandard.com/news-recent-fighting-in-guji-zone-oromia-displaces-hundreds/">privately-owned Addis Standard portal</a> quoted the United Nations as confirming that displacements had taken place in the Guji zone of Oromia region.</p> <p>Specifically in various kebeles of Seba Boru woreda, “hundreds of people have been displaced to the neighboring Darme town, the capital of Darme woreda administration,” the portal said. Most of the displaced ware without proper shelter and are struggling to make ends meet.</p> <p>“The <span class="caps">IDP</span>s are now living in a deplorable situation in Darme town, about 200 killometres from the zonal capital, Negele,” the UN said, adding that “Most of the <span class="caps">IDP</span>s had no time to bring their properties with them because of the tense fighting between the <span class="caps">UAG</span> and Government forces.”</p> <p><span class="caps">UAG</span> are “unidentified armed groups” operating in parts of the Oromia region. The U.N. agency <a href="https://www.humanitarianresponse.info/sites/www.humanitarianresponse.info/files/documents/files/ethiopia_2020_humanitarian_needs_overview.pdf"><span class="caps">OCHA</span>’s Humanitarian Needs Overview report of January 2020</a> identifies such groups as key drivers of conflict in Africa’s second-most populous nation.</p> <p>The report read in part under “Conflict and inter communal violence”: During 2019, there were frequent incidences of inter-communal violence as well as clashes between Government forces and unidentified armed groups (<span class="caps">UAG</span>) in various pocket areas.</p> <p>While violent events were registered in all the country’s regions, the bulk of hostilities occurred in western and southern Oromia. The national army has been deployed to deal with security situation in parts of Oromia after a number of regional state officials were killed by armed groups.</p> <p>Security has been a key issue for upcoming national elections in the country. Analysts and political watchers cautioned government to ensure durable security before during and after the elections which are seen as a stern test for Prime Minister Abiy Ahmed.</p> <p>The government flatly denied proposals for a postponement of the polls on the issue of security. Ethiopia’s internal displacement figures topped globally in 2017 and 2018. Millions were resettled amid complaints that some of the over 1 million people were being forced to insecure areas.</p>