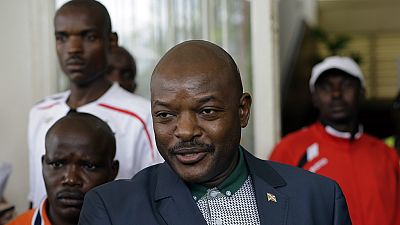 Burundi’s president has again indicated he will not run for another term next year in the politically volatile East African nation.

President Pierre Nkurunziza on Thursday told reporters he planned to hold another press conference “before handing power to our successor.”

His insistence on running again in 2015 led to deadly political turmoil and allegations by human rights groups of widespread abuses. The government later became the first country to withdraw from the International Criminal Court as the government rejected criticism of its actions.

Nkurunziza in 2018 said he would not run again but that comment was received with skepticism by some observers. The president made the announcement while launching a new constitution that extended the length of a presidential term from five years to seven.

At the time Nkurunziza declared that he would support whoever is selected in 2020 and added that “a man can change his position in bed but he cannot change his word.”

The 55-year-old president earlier this month in comments to security forces said it was the last time he would give them his holiday wishes as Burundi’s leader. He also urged them to keep “cohesion and discipline” and avoid “disorder.”