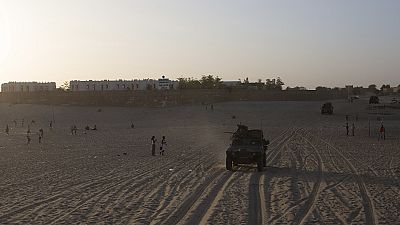 At least 29 people were killed in Burkina Faso’s troubled north on Sunday after a food convoy and a transport truck were attacked, the government said.

A “terrorist” attack on the convoy killed 14 civilians, while the truck hit an explosive device in Sanmatenga province, killing 15 people and wounding six, it said in separate statements.

“This drama comes as important security efforts are underway in this region,” it said. “Military reinforcements have been deployed.”

Once a pocket of relative calm in the Sahel, Burkina has suffered a homegrown insurgency for the past three years, which has been amplified by a spillover of extremist violence and criminality from its chaotic neighbour Mali.

The latest violence follows an attack by gunmen in August that killed 24 soldiers, the deadliest yet in the West African nation’s fight against Islamist militants.