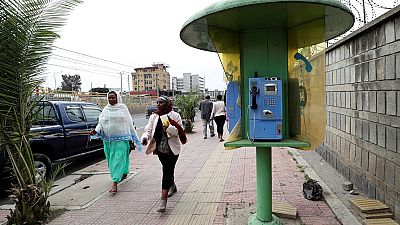 France’s leading telecommunications company Orange believes the planned liberalisation of the sector in Ethiopia will take shape in 2020.

Ethiopia is one of the last countries whose telecoms industry remains in the hands of the government.

Orange is one of the leading contenders seeking to benefit from the end of state-controlled Ethio Telecom’s monopoly, pushed by Prime Minister Abiy Ahmed.

Sources told Reuters earlier this month that the government aimed to award telecom licenses by the end of 2019, with the new operators expected to launch services next year. However some industry executives have expressed scepticism over the timetable.

“The most likely scenario as of today seems to be the opening of the incumbent’s capital to a minority shareholder who could play a significant role within the company,’‘ Orange’s Chief Financial Officer Ramon Fernandez told Reuters on Friday.

“And, in parallel, the opening of the market through the sale of at least one license to an operator,” Fernandez added.

The Orange executive also said a split of Ethio Telecom between an infrastructure provider and telecom services provider was unlikely, contradicting earlier reports.

“I’m not certain this is the main scenario as of today. It’s up to the Ethiopian authorities to decide, but we’re convinced that a split between telecoms operators and infrastructure operators is not the best option,” Fernandez said.

Africa and the Middle East is Orange’s fastest-growing region for the telecoms group, which controls 17 operators on the continent.

The group, which competes with other major players such as Vodafone-controlled Vodacom, Airtel Africa and South Africa’s MTN in the region, generated 5.2 billion euros ($5.9 billion) in the area last year, up 5% from a year earlier.

“This a pace we can keep on the long run, with a profitability performance at the same level, or even above,” Fernandez said.

The group is betting that its financial services provider Orange Money, which offers money transfers and payment services, will help it in the race to get into Ethiopia’s market, he added.