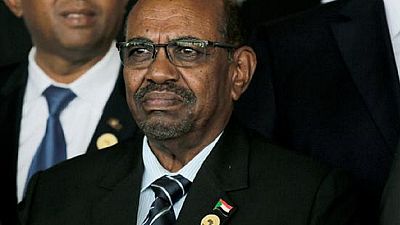 A Sudanese court on Tuesday overturned a death sentence on a teenager who killed her husband whom she alleged had tried to rape her and jailed her for five years instead, the girl’s lawyer said.

Noura Hussein, 19, who said her father had made her marry the man, who was also her cousin, was sentenced to death by hanging last month by an Islamic religious court for his murder.

Rights campaigners had called for President Omar al-Bashir to pardon Hussein, saying she was forced into a child marriage and had acted in self-defence and on Tuesday the appeals court quashed the death sentence.

Great news, the High Court of law and Justice has confirmed Noura will not be charged for murder, she’ll only have to pay DIAA to her husband’s family for his accidental death, and she will be freed soon. Thanks to all those who supported women’s rights and #JusticeforNoura

As well as the five-year jail term, she was fined 375 Sudanese pounds (about $20), the lawyer, Al-Fateh Hussein, told Reuters. He gave no further details.

Hussein said she was betrothed at the age of 16 but refused to accept the union and sought refuge with a relative for three years.

She returned to her family home in Khartoum in April this year after her father said the marriage was cancelled, but found she had been duped and preparations for the wedding were underway.

She said that she refused to have sex with her husband after the wedding, but on the sixth day he raped her as three of his male relatives held her down to restrain her.

The following day, he attempted to rape her again and as she struggled to stop him, she stabbed him, killing him.

The Islamic religious court had found her guilty in May of premeditated murder.

Sudan is ranked 165 out of 188 countries on the U.N.’s Gender Inequality Index, which measures how women fare compared to men when it comes to access to health, education, political participation and employment opportunities.