AngloGold gold mine workers in eastern Guinea go on strike 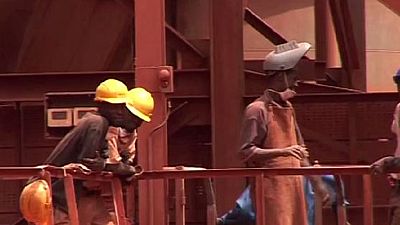 Workers at an AngloGold Ashanti gold mine in eastern Guinea are on strike in a dispute over year-end bonuses, the secretary general of the ministry of mines Saadou Nimaga, has said.

Nimaga told Reuters that the strike was triggered about a week ago but they were organising for negotiations.

Miners at Siguiri, around 800 km east of the capital Conakry, barricaded the plant’s entrances and stopped a plane loaded with gold from taking off.

A worker said they are in pursuit of their demand for a two-month bonus rather than 50 days,

Bonuses are normally paid at the end of the year. It was unclear why workers did not publicise the strike sooner.

There was no immediate comment from AngloGold, Guinea’s largest gold producer with an annual output of 300,000 ounces.

Siguiri is a multiple open-pit oxide gold mine and AngloGold’s sole operation in Guinea.

The South African company holds an 85 percent stake, according to its website, with the government holding the balance.