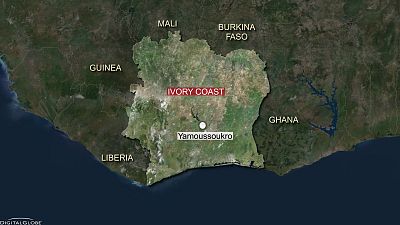 A violent clash between Fulani herdsmen and farmers in north east of Ivory Coast has left 17 people dead, Ivorian officials have announced on state television.

39 others including 5 security personnel were also injured in the clash.

The Defense Ministry said the incident happened on Wednesday night to Thursday in Bouna.

The violent clashes between the two communities have been recurrent in the past years but not of this magnitude.

“On the night of March 23 to 24 , the situation was particularly aggravated and it was at this time that 17 people died,” Vincent Toh Bi said.

On the night of March 23 to 24 , the situation was particularly aggravated and it was at this time that 17 people died

Some 900 security personnel have been deployed to the area to maintain law and order.

“This is a provisional report. It is a crisis…,” he added.

Ivory coast is not excluded in the violent clashes between Fulani nomadic herders in search of pasture for their cattle and farmers.

In neighbouring Ghana, these clashes have also resulted in deaths, particularly in parts of the Eastern and Ashanti regions.

The farmers accuse the Fulani herdsmen of destroying their farms and crops with the passing of their herds .